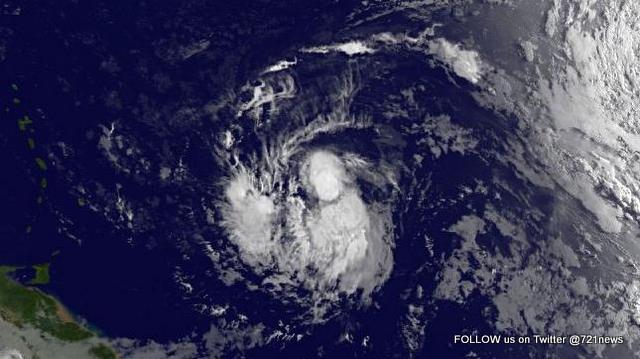 National Hurricane Center (NHC) is issuing advisories on newly formed Tropical Storm Erika, the fifth named storm of the 2015 Atlantic hurricane season. It’s centered about 840 miles east of the Leeward Island, moving toward the west near 20 mph. A westward to west-northwestward motion with a slight decrease in forward speed during the next 48 hours is expected.

On the forecast track, the center of Erika will approach the Leeward Islands Wednesday night and early Thursday.

interests elsewhere in the Leeward Islands should monitor the progress of Erika, as watches may be required for additional areas later today.

Maximum sustained winds are near 45 mph with higher gusts. Some strengthening during the next couple of days is forecast.

Get the latest on this tropical cyclone by visiting the NHC website at www.hurricanes.gov