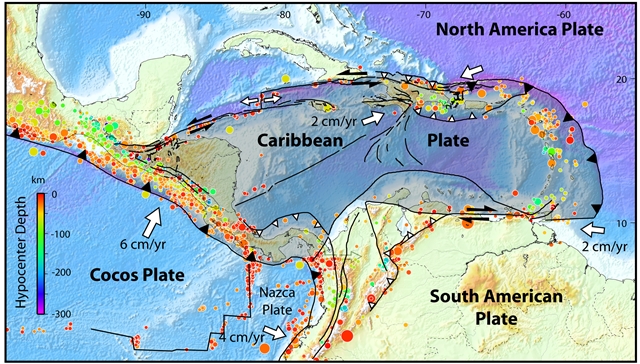 The Seismic Research Centre (SRC) of the University of the West Indies (UWI) is warning the region to “move expeditiously” towards building resilience amid predictions the Caribbean could be hit with an earthquake of magnitude 8.0 or greater,Caribbean 360 reports.

“We must develop, legislate and enforce Building Codes using up-to-date seismic hazard maps based on the latest available science. Preparedness measures at the individual levels are insufficient and greater efforts are needed to facilitate self-resilience,” the SRC said in a statement as it marked the fifth anniversary of the magnitude 7.0 earthquake that rocked Haiti in 2010, killing an estimated 300,000 people.

The SRC said that the earthquake in Haiti “should have been the wakeup call for a fundamental shift in regional mechanisms for coping with seismic hazards.”

It said major earthquake disasters around the world have stimulated similar shifts and resulted in greater resilience to seismic hazards in these regions.

“This has not happened in the Caribbean and the region continues to be extremely vulnerable to seismic events,” the SRC said, adding “research suggests that the region is capable of generating an earthquake of magnitude 6.0 or larger every 3-5 years.

“Of more concerns, we are long overdue for a magnitude 8.0 earthquake, which has 32 times more energy than the Haiti event. In light of these sobering facts, it is imperative for the region to move expeditiously towards building resilience to such events,” it added.

The SRC said that while there have been advances in many areas, “the effectiveness of the implemented strategy from country to country still needs to be measured.

“The need for broad-based impact assessments for seismic hazards and risks is now greater than ever with clearly established short term and long term objectives. Every year that passes without the necessary measures being in place is a year closer to a repeat of the Haiti disaster. Now is the time to be ready,” the SRC added.