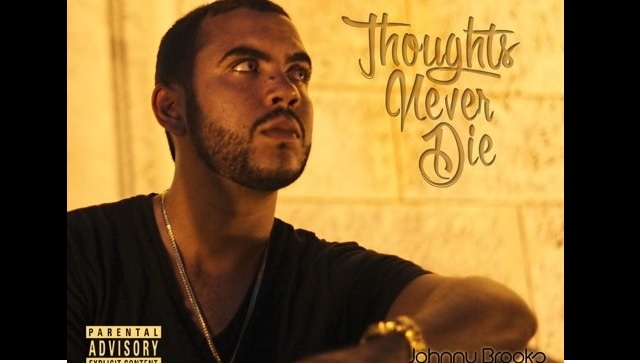 Upon first hearing the name Johnny Brooks, hip-hop fans might think there’s a new country singer in the game. However, the moniker really belongs to one of the most versatile rappers coming from the Miami area. Oh, and by the way, Brooks can sing with the best of today’s “rap crooners.”

Having spent time both in the 305 and St. Maarten, the young rap upstart has a rich knowledge of music from all genres. He can knock out club bangers and still deliver tongue-twisting verses when it’s time to show out with the rhymes. Earlier this year, he debuted his project to the masses and spoke to VIBE about his early days and his musical mission.

Find out why your eyes and ears should be open to Mr. Brooks.

VIBE: Who are you as an artist?
Johnny Brooks: Well, I come from a family of musicians. I ended up being the rapper, writer, lyricist and the producer of the family. I was doing it since a young age. Really, I just started free-styling and going with my dad to the studio. Writing music is something I’ve been working on forever. I’m building my body of work right now, and I just dropped an EP called Thoughts Never Die.

Can you break down the title a bit?
It’s about my thoughts manifested through music, and it’s just eternal. It’s going to last even when I’m gone, and it just represents my thoughts on how I see life.

So true. You were saying before that you’re not a rapper who just goes in the studio and lays a verse down without really thinking about what he’s saying.
Yeah, absolutely. When the producer understands the direction I’m taking the track, then it’s perfect. When it comes down to collaborations, I’m always motivated as well. I just want to show the artist that I have the capabilities to do anything on records.

What was your first introduction to music? When did you first fall in love with it?
It has to start with my dad’s music because as a young infant, I would be in the studio with him.

Explain who your dad is for the readers that don’t know.
His name is Tonca Brooks and he is a reggae artist from St. Maarten. He’s basically been one of the big musicians from the island. I would also listen to Bob Marley a lot as a kid. My dad recorded a lot of his music out in Jamaica as well. As I started getting older, I got into all the dancehall artists. Then I started getting into hip-hop around high school when I was in American school.

Kids from all over, right?
Right, we spoke English, of course, and Dutch. Dutch was one of the main languages in other local schools in St. Maarten.

That’s interesting. What is your ethnicity exactly?
My mom is from American origin and my dad is from Caribbean origin. Basically, my dad is black and my mom is white. [Laughs]

How much of your music is influenced by the Caribbean sound?
I don’t necessarily think that I get that much influence sonically from reggae, even though I love it and it’s my roots. My sound is really more hip-hop and R&B.

What do you feel you are bringing to hip-hop?
I’m not trying to emulate or copy certain styles or trends that are going on right now in 2015. What you’re going to get from Johnny Brooks is Johnny Brooks. I’m bringing versatility to the game.

We are definitely at a point in rap where lyric-driven music has taken the back seat to party music. Your single “Makaveli” has a strong hook but also a lot of substance in the verses.
If you don’t have that then I wouldn’t be happy with my music. Everything I say comes from my heart, and I try to deliver it and make it clean as possible.

Can you talk about your favorite track from the EP?
“Faded,” which is the third record after the intro, I feel like is going to be a favorite amongst fans. This track will just let people get into that zone when they hear it. I want people to feel my talent as an R&B artist and rapper.

What would you say is your best attribute as an artist?
I’d say that I’m able to work pretty quick on the spot. When I’m inspired by a sound or idea, I’m ready to record right away.

You were saying you were influenced by J. Cole a lot. He’s definitely all about his lyrics and isn’t focused on singles. Do you relate to that?
Storytelling is definitely a big picture to my game. It just brings the listener to a different world. I definitely incorporate story telling as an artist. I’m going to incorporate that more and show the audience that I can do it all.

Hip-hop moves so fast now. With Internet culture, trends come and go every few months.
It’s just crazy but timeless music never dies. That’s why I named the projectThoughts Never Die. I want everything I say to mean something.

What do you want your legacy to be?
I want my legacy to be inspiration for listeners, my family and friends.