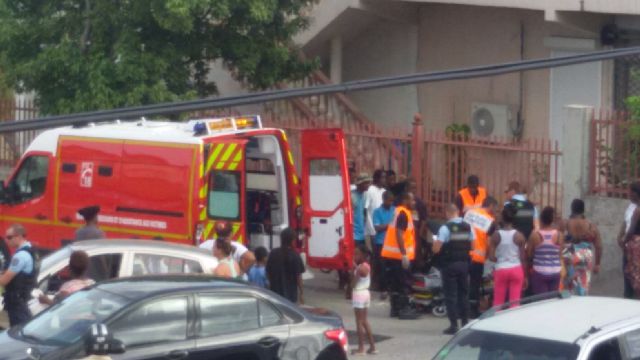 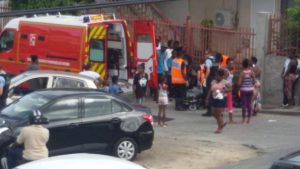 French Quarter, Saint Martin – Another bike accident in French Quarter , it was around 15:50 pm in the afternoon when an eyewitness told 721news room  that a tourist driving a Hyundai i10 on the main road of French Quarter, tried to make a left turn without signaling the direction they were going.

At the same time a scooter rider was coming and could not stop on time and slammed into the car, causing the rider to fracture his wrist.

He was attendant by the French ambulance and later was transported to the Louie constant Fleming Hospital in Concordia for further treatment.

The Gendarme was at the scene and they will continue with their investigation.