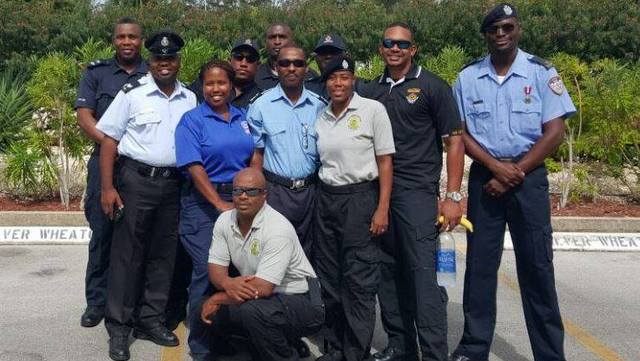 ANGUILLA — PC 32 Jermaine Fleming has returned to the island having attended a Basic Coxswain and Engineering Course in the Cayman Islands during the period 8th to 26th June, 2015.

During the Basic Coxswain Course PC Fleming was exposed to Navigation including use of the weather, sun, moon and tidal streams, Rules of the Road, Search and Rescue, Radio Communication as well as Maintenance and Night Handling all in preparation for Boat Handling as a captain.

The Basic Engineering Course on the other hand, exposed PC Fleming to Two and Four Stroke diesel engines, pre-start checks, annual servicing routines as well as in-board and out-board engines.
PC Fleming said, “The course was a very useful one since it not only exposed me to new material but it also served as a refresher in many regards”.

Also participating in the training were officers from the other British Overseas Dependent Territories which included British Virgin Islands, Montserrat, Bermuda, Turks and Caicos Islands and host country Cayman Island.