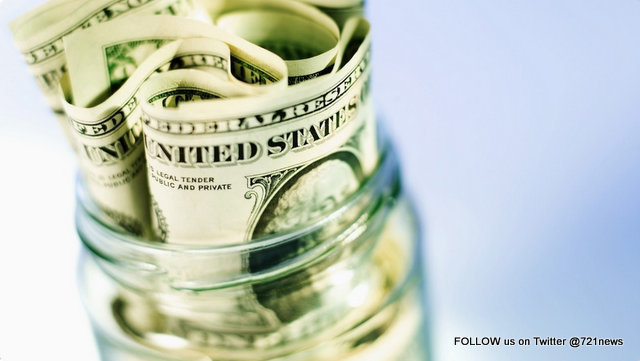 PHILIPSBURG–“I think it is ill-advised, at this juncture, to have a split in the monetary union,” said Central Bank of Curaçao and St. Maarten President Emsley Tromp about the union shared by the two Dutch Caribbean countries since October 10, 2010.

However, the decision to split or stay together is purely “a political decision” Tromp told the press in St. Maarten on Thursday. He was in the country to present the Bank’s Annual Report 2014.

Both past and present governments of Curaçao and St. Maarten have expressed their desire to split the Central Bank to create their own financial supervisors. Both countries also have delved into research about dollarising their economies and with the use of the US dollar as official currency, the role of the Bank would diminish severely or disappear.

“In this globalising environment, we have seen how susceptible we have become to external shocks. In order to ameliorate that, countries are trying broaden their base to get a larger capacity to deal with those shocks,” said Tromp.

Internationally, countries are forming monetary and trade unions to increase their capacity to absorb economic shocks caused by, often, external factors. “We have seen the formation of trading blocs – the European Union, NAFTA [North American Free Trade Agreement – Ed.] and effort by the US to get in the Pacific area for trade deals,” said Tromp.

Closer to home, he pointed to the Caribbean Community Caricom as making efforts to increase trading areas.

“By fragmenting our base, we become smaller. As a consequence, we are more susceptible to external shocks and less able to absorb those shocks,” he said.

The tourism sector, while performing well for both countries, is “not sufficient to generate the necessary income to balance the deficit on our trade account even with the growth we have seen. … We are highly dependent on the rest of the world, among others,” Tromp said.