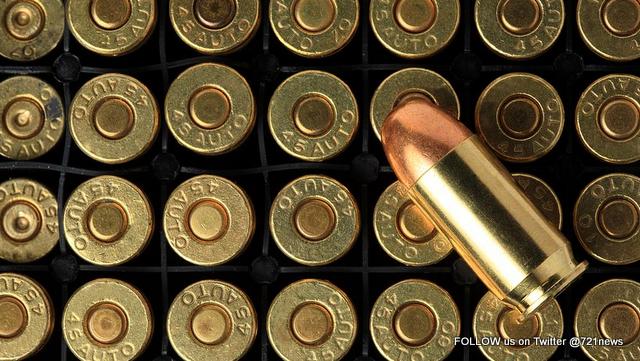 ANGUILLA — The Royal Anguilla Police Force on Sunday 19th July, 2015 at 3:00 pm arrested a 26 year old man from South Hill for possession of cannabis and for resisting arrest.

The offender was today charged with the offences and taken before the Magistrate’s Court where he was granted bail in the sum of EC $45,000.00 with one surety.

Conditions of bail for the offender are report to The Valley Police Station every Monday between the hours of 6:00am and 6:00pm and to surrender all travel documents immediately.

Blowing Point man arrested for Possession of Firearm and Ammunition

ANGUILLA — The Royal Anguilla Police Force on Saturday 18th July, 2015 at 6:00 am arrested a 25 year old man from Blowing Point for possession of firearm and ammunition.

The offender who was later charged with both offences on Sunday 19th July, 2015 at 3:45pm appeared before the Magistrate’s Court today Monday 20th July, 2015 where he was granted bailed in the sum of EC $60,000.00 with one surety.

The conditions of bail are to report to The Valley police Station every Monday, Wednesday and Friday between the hours of 6:00am and 6:00pm, to be on curfew daily from 7:00pm to 6:00am and to surrender all travel documents immediately.

The offender is due back in court on Monday 5th October, 2015.

ANGUILLA —  The Royal Anguilla Police Force is investigating an armed robbery which occurred on Saturday 18th July, 2015 at 1:20 at Ana Maria Bar and Restaurant on the George Hill Main Road.

Preliminary investigations revealed that the patrons who were sitting on the outside of the bar were approached by two armed assailants one armed with a shot gun and the other a hand gun who demanded money from them. The assailants then made off with an undisclosed sum ofmoney.

The assailants are described as one being tall and the other short.

As the Police continue investigation into this matter they are appealing to members of the public who may have been on The George Hill Main Road in the area of Ana Maria Bar and Restaurant opposite the Highway Tire Center and may have witnessed this robbery or have any information regarding this robbery to contact the Valley Police Station with such information.

The telephone number is 497-2333 and asks for the Criminal Investigation Department or to speak to any Police Officer of their choice.

Additionally information can be sent via the RAPF Tips Website by logging on to www.gov.ai/911 or email AXA911@yahoo.com which are both secure websites.