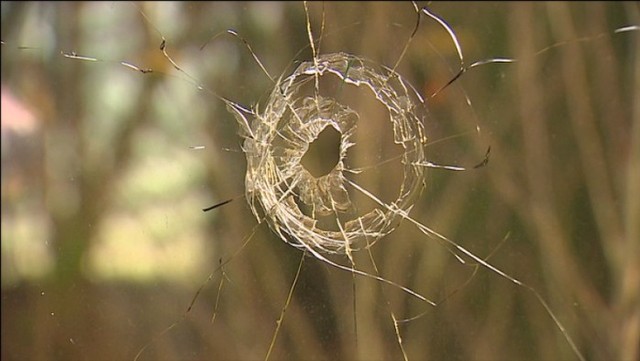 GEORGETOWN, Guyana, Jun 21 2015 – A 26-year-old Nandy Park man who was freed of a murder and manslaughter charge a few years ago, was gunned down in his bed early Sunday morning while his fiancé and young baby were seriously injured.

The dead man has been identified by police as Travis Rudder. According to a police report, he was in his home sleeping when gunmen opened fire through a bedroom window. His was hit several times to the body and pronounced dead at a city hospital.

His fiancé Mawanza Gill and 18 month-old son, Travis Rudder Jr. were both shot also and are in a critical condition in the hospital. The two were reportedly in the same bed with Rudder when the gunmen opened fire.

Back in 2011, Rudder was freed of the 2007 murder and manslaughter of his then girlfriend, Donnis King. He had claimed that he was playing with the gun in his pocket when it accidentally went off and killed the teenager.

The girl’s mother had testified that her daughter was shot by the then 17-year-old young man because she ended a relationship with her. The woman had recalled on the stand that her daughter ran to her with the bullet wound crying that “Travis just shoot me mommy”. She later died. (News Source)