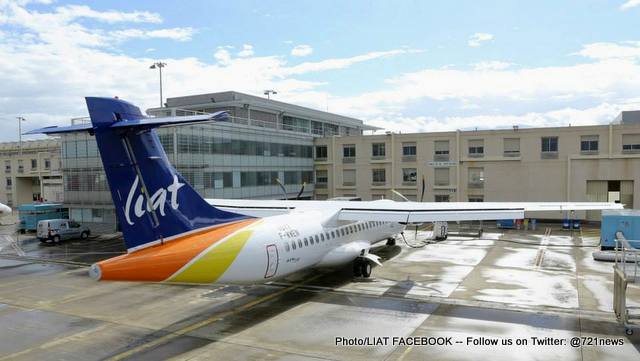 BRIDGETOWN, Barbados, Jun 21 2015 – LIAT is facing some unexpected turbulence as it seeks what is usually a routine exemption from the United States Department of Transportation (US DOT).

On May 18, the airline’s legal representative in Washington DC, Lee A. Bauer, of law firm Roller & Bauer, submitted a 13-page application for the renewal of LIAT’s exemption authorising it to “engage in scheduled foreign air transportation of persons, property and mail” to and from destinations including Barbados and some US territories.

However, on June 1, Andrew Bonney, senior vice president of planning at Cape Air, a US airline based in Hyannis, Massachusetts, formally objected to what he said was LIAT’s request for the exemption to include service between San Juan, Puerto Rico and Tortola, British Virgin Islands.

In his written submission on LIAT’s behalf, Bauer said the airline was seeking to continue servicing several routes, specifically “between . . . Antigua and Barbuda, Montserrat, and St Kitts and Nevis; via . . . Anguilla, the British Virgin Islands, and St Maarten; and . . . St Croix, St Thomas, and San Juan. . .; and beyond to Santo Domingo, [and] the Dominican Republic”.

The service would also cover “between . . . Antigua and Barbuda, and St. Kitts and Nevis, via . . . St Maarten and St Lucia; and . . Miami, Florida; between San Juan, Puerto Rico and St Vincent, and beyond to Bridgetown, Barbados; and charter foreign air transportation of persons, property and mail”.

LIAT reminded the US DOT that its current authority, which was granted last year by the Americans, would expire on July 25 and that it needed an extension “for a period of at least two years”.

It wants the department to “maintain its current exemption authority in effect pending a final department determination on this renewal application”.

“The services provided by LIAT satisfy a continuing commercial need. Renewal of LIAT’s authority will allow LIAT to operate from Miami, San Juan, and the US Virgin Islands to many Caribbean countries that would otherwise receive more limited commercial air transportation service.

LIAT’s services support tourism and other business activities and economic opportunities between the US and the Caribbean region,” Bauer said in the application.

“LIAT’s renewal application is limited in scope and non-controversial. The proposed air transportation services are the same as those it performed between the Caribbean region and the United States during the past year.”

But in his objection letter, Bonney said Cape Air, which “has been serving the San Juan to Tortola non-stop market since 1999”, had a problem with LIAT flying that route when three American carriers were plying it.

In addition to his airline he mentioned San Juan-based Seaborne Airlines, with its “multiple daily frequencies” and Air Sunshine, which “operates scheduled service in the San Juan to Tortola market as well”.

“For a relatively small market the San Juan to Tortola route has robust competition,” he said.

Bonney also complained that LIAT was a “government-owned and subsidised” carrier and that any competition provided “cannot be expected to be fair”.

“Permitting . . . LIAT is decidedly not in public interest because it would materially disrupt the healthy competitive market between San Juan and Tortola, which already has unusually vibrant service for a small market . . . If LIAT removes that portion of their request for exemption authority and suspends sales activity in such markets, Cape Air would have no further objection,” he said. (Nation News)