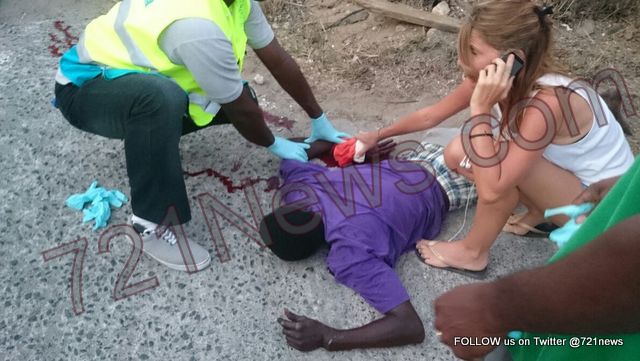 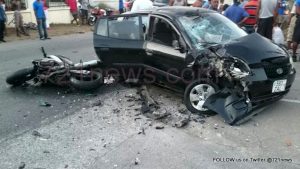 The accident involved a small black KIA Picanto car and a motorbike. The rider of the motorbike obtained serious injuries to his two hands and head and was receiving treatment on the spot by ambulance personnel. 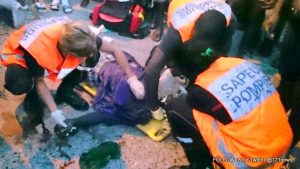 The female driver of the car was slightly injured with two minors. The accident happened as the car who was travelling on the main road in the direction of Dutch Quarter, attempted to make a left turn onto a side road when the street bike that was travelling in the opposite direction, slammed the car head on.

The motorbike was travelling at a high rate of speed. The car also contained mayor belonging to the file driver.

The circumstances of the accident is being investigated by the Gendarmes Traffic Department. 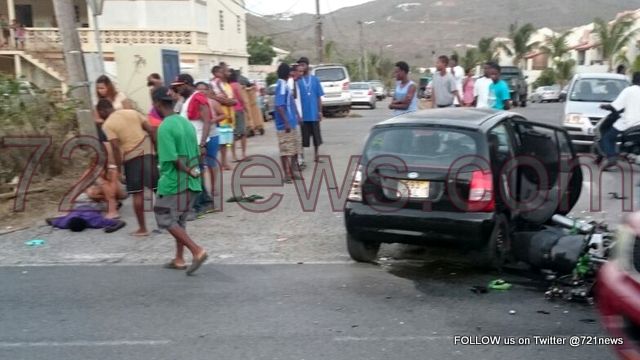 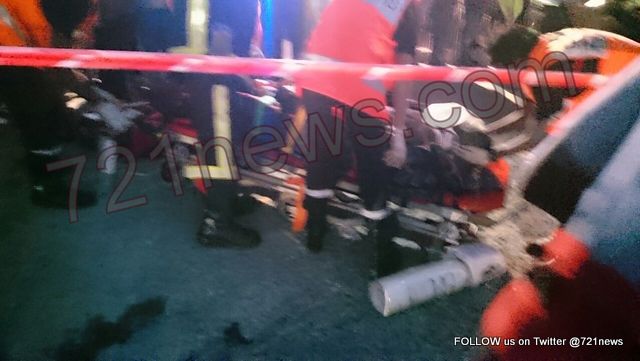 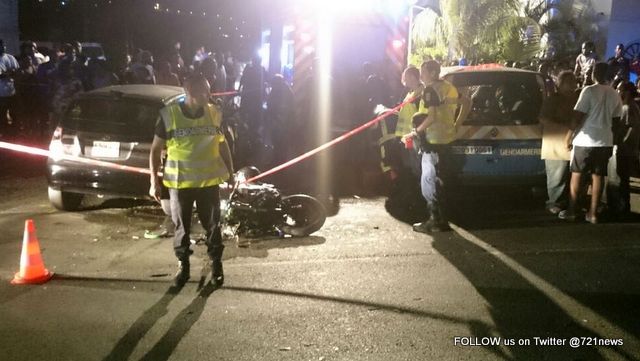