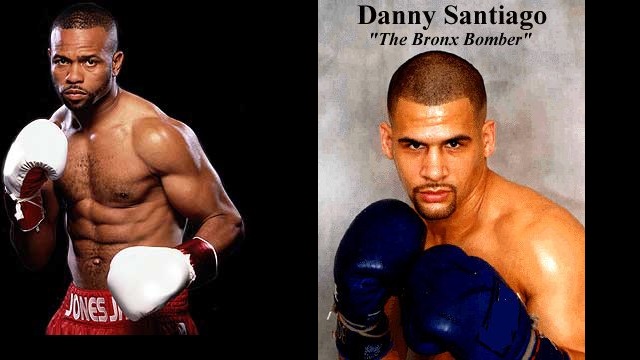 NEW YORK — Former pound-for-pound king Roy Jones Jr., still harboring hopes for a shot at cruiserweight world titleholder Marco Huck before the end of the year, plans to stay busy, scheduling two fights in August while he awaits that potential bout he said Huck has promised him.

In March, Jones (61-8, 44 KOs), who turned 46 in January, won two fights against low-level opponents 22 days apart, knocking out Willie Williams in the second round March 6 in Concord, North Carolina, and stopping Paul Vasquez in the first round March 28 in Pensacola, Florida, Jones’ hometown.

Now Jones is scheduled to fight an opponent to be determined Aug. 15 at the Foxwoods Resort Casino in Mashantucket, Connecticut, on a card that is part of the “Knockout” reality series on NuvoTV. Jones will serve as the host of the show’s second season.

Jones is also scheduled to fight journeyman Danny Santiago (33-7-1, 19 KOs) on Aug. 29 in Philipsburg, Sint Maarten, a Dutch island in the Caribbean.

“My thing is I fought in all kind of circumstances,” Jones told ESPN.com on Saturday night from ringside at the Theater at Madison Square Garden, where he was working as an HBO analyst on the Nicholas Walters-Miguel Marriaga card. “As long as I don’t break a hand or get a cut that’s too bad, I’ll fight the 29th, too.

“What makes me think I can do it? I know I can do it,” he said. “That’s how good I feel and how good I think I am. I want to stay busy, and I love when the opportunities came up. This opportunity came up to do the two fights. It reminds me of old-school boxing when guys fought every few weeks.

From 1994 to 2004, Jones was the unquestioned pound-for-pound king, but he is a long way removed from his best days and suffered three one-sided losses in a row between 2009 and 2011: a first-round knockout to Danny Green, a decision to Bernard Hopkins in their rematch and a brutal 10th-round knockout to Denis Lebedev.

But Jones has won seven fights in a row since, albeit against low-level opponents at cruiserweight. He said he has had multiple conversations with Germany’s Huck (38-2-1, 26 KOs), 30, who has held his title since 2009 and has made 13 defenses, tied for the most in division history.

“What makes me think I can do it? I know I can do it. That’s how good I feel and how good I think I am. I want to stay busy, and I love when the opportunities came up. This opportunity came up to do the two fights. It reminds me of old-school boxing when guys fought every few weeks.”

“It ain’t about only the Huck fight,” Jones said. “It’s about whatever title fight I get. I’m eager to fight anyone, anytime, anywhere. I know Huck wants to break the [division defense] record, and then hopefully he will fight me later this year. Then I know he wants to go up to heavyweight. I want to stop that heavyweight s— because after me I hope Huck wants the rematch after I beat him.

“But Huck’s a good guy. He means what he says, and he said he’ll fight me. I believe that 100 percent, so I believe it will happen. We could fight in Germany, America, wherever the biggest money is, but sure, I’ll go to Germany. I’ll go wherever I gotta go. He’s the champ, so I gotta go where he say.”

Santiago, born in New York and living in Ocala, Florida, has not fought since January 2014, when he traveled to Argentina and was knocked out in the fourth round by Victor Emilio Ramirez, who later claimed an interim cruiserweight title.

Santiago had two shots at light heavyweight world titles, losing by eighth-round knockout to Zsolt Erdei in Germany in 2007 and by ninth-round knockout to Beibut Shumenov in Las Vegas in 2011. In 2007, Santiago also got knocked out in the fourth round by Antonio Tarver, who is 2-1 against Jones, his biggest rival.