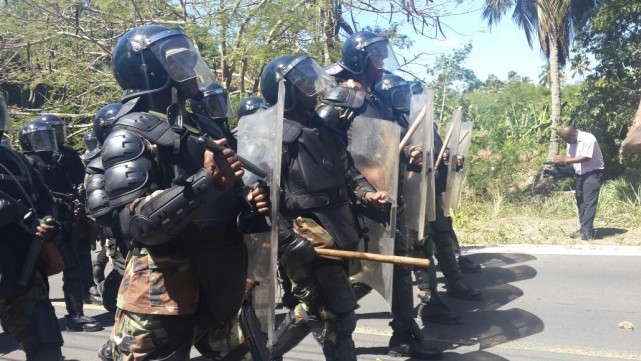 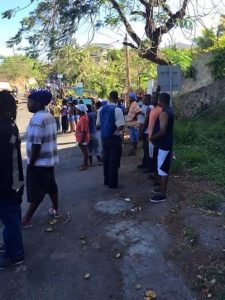 Dominica — There is protest action now taking place in Salisbury. DNO understands the main road linking Portsmouth to Roseau has been blocked in three places.

It appears the protest began when police arrived in the community on Thursday morning to arrest individuals, who were allegedly involved in similar protest action some time ago.

The action by the police is not going down well with residents.

MP for the area, Hector John, during a live interview on privately owned Q95, described the area as a “war zone.”

“The community has blocked the road,” he said, adding that five men were arrested and taken in the direction of Portsmouth.

He said shots, whether blank or live, were fired by the police.

He said the residents will not be intimidated.

“We have been victimized for too long and no level of intimidation or confrontation will scare us,” he noted. “We are there standing for our rights. The entire village is on the highway and we will not back down.”

On May 11, residents blocked the main Highway connecting Roseau and Portsmouth, raising concerns over the deplorable state of farm access roads in the area. The protest was eventually broken up by the police using tear gas.

That protest was deemed illegal by the government and there were warnings that “appropriate action” against those who either participated in or organized the protest, would be taken.

DNO is following this latest development and will publish information as it becomes available. 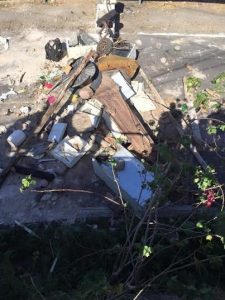 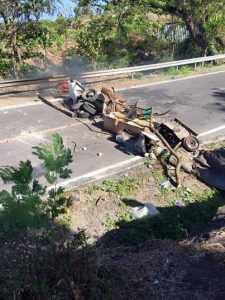