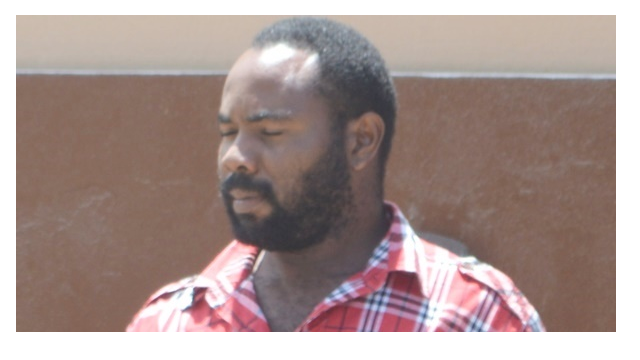 BVI — The Magistrate’s Court today heard gripping reports of how a man used a cricket bat to land several blows to his girlfriend’s head in a jealous fit of rage.

The assault resulted in the woman receiving 23 stitches to the head. She was also hospitalized.

Claudius Daley, who is a native of St Vincent and the Grenadines, has pleaded guilty to a charge of assault occasioning actual bodily harm, and not guilty to using threatening language.

According to reports outlined in court, around 8:50am on June 8, the girlfriend – who was visiting from St. Vincent – was at Daley’s home in Long Trench watching television when she decided to microwave some food.

Daley started to question her about the food, and also accused her of getting it from another man’s home.

He then threatened to spit into the food.

The girlfriend asked him if he was crazy and, at that point, Daley started to stare at her in a threatening manner.

It was further revealed that the woman attempted to leave the house but, before she could do so, Daley grabbed a cricket bat and struck her on the head.

She tried to run, but fell.

It is alleged that, while she was on the floor, Daley stood over her and said: “I am going to kill you today.”

He continued to beat her with the bat until she managed to run into the bathroom and lock herself inside.

It was further revealed that, some time later, the girlfriend saw a friend, and attempted to make an escape.

However, Daley again struck her on the head, left forearm, and right arm.

The woman managed to make her escape and then seek refuge in the friend’s apartment.

A report was made to the police and she was taken to Peebles Hospital where she was treated.

Daley was arrested and charged.

In the meantime, Senior Magistrate Tamia Richards, while ordering that Daley be remanded in custody, indicated that a custodial sentence will be imposed on him.

She also revealed that the charge carries a penalty of up to three years in prison.