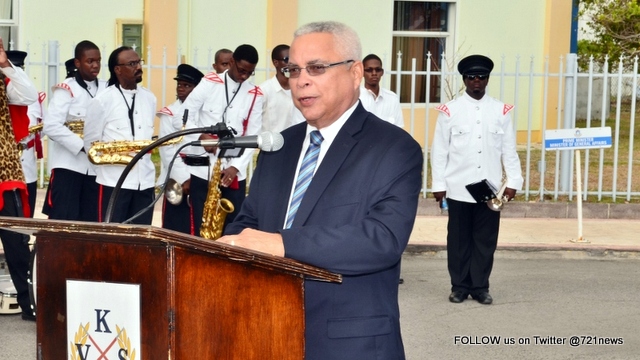 PHILIPSBURG, Sint Maarten – Prime Minister Hon. Marcel Gumbs on the 18th anniversary of the Voluntary Corps of St. Maarten (VKS) which was observed on Saturday, June 27 in front of the Government Administration Building.

Prime Minister Gumbs thanked the VKS for their assistance and services to the Sint Maarten community.  Those who serve in the VKS do soon a voluntary basis.  Volunteerism is one of the most basic of expressions of human behaviour and arises out of long-established ancient traditions of sharing and reciprocal exchanges.

At its core are relationships and their potential to enhance the well-being of individuals and communities.  Volunteerism is an integral part of every society.

The Prime Minister also thanked the Royal Police of Anguilla, the Municipal Police of Saint Martin, and Prison Guards with respect to cooperation and service to their respective communities.