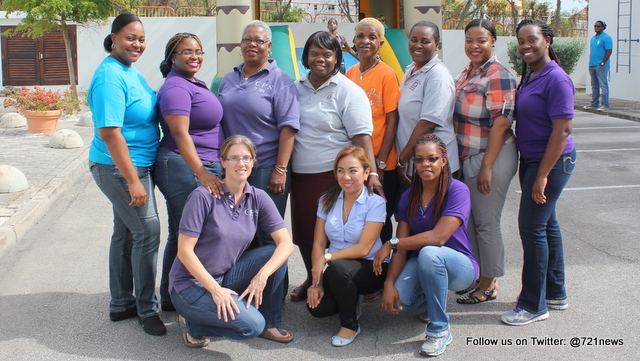 GREAT BAY, Sint Maarten (DCOMM) – Collective Preventive Services (CPS) department in the Ministry of Public Health, Social Development and Labour, supports the recommendation of the Pan American Health Organization (PAHO) and the World Health Organization (WHO) for travelers to the 2015 Americas Cup to get their measles and rubella vaccinations.

The vaccinations will ensure that persons are protected from vaccine-preventable diseases, especially measles and rubella.  The region of the Americas has eliminated rubella and is close to being declared free of measles.

The continued circulation of both diseases in other regions presents a risk of imported cases, especially during mass international events.

Persons traveling to the 2015 Americas Cup will travel throughout the period of June 11 to July 4 to Chile.

Intensified international travel and population movement associated with mass events increase the risk of imported cases of measles, rubella and other vaccine-preventable diseases. For this reason, PAHO/WHO is calling on travelers to make sure they are up to date on their vaccines and, if not, to get vaccinated against measles and rubella, ideally at least two weeks before traveling.

In late April, the Americas became the world’s first region to be declared free of endemic transmission of rubella and congenital rubella syndrome. The region is also on track to be declared free of measles, after interrupting endemic (local origin) transmission of the disease in 2002. However, measles continues to circulate at the global level, and some countries in the Americas have reported imported cases.

Between 2003 and 2014, countries in the Americas reported a total of 5,077 imported measles cases. During 2015, 499 confirmed measles cases have been reported in the region up to the third week of May.

While travelling and for two weeks upon return, travellers should be alert for symptoms that include fever, skin rash, cough, joint pain or swollen glands. Anyone who thinks they might have measles or rubella should remain in their lodgings except to go to the doctor, and should especially avoid travelling or visiting public places.

If symptoms appear after their trip, travellers should follow the same advice, seek medical attention and inform their doctor about their travel history.

These recommendations are aimed at protecting the region’s achievements in eliminating rubella and at further advancing toward the elimination of measles.

Measles is a highly contagious viral disease that can be prevented with vaccination. It affects mostly children and is transmitted via droplets from the nose, mouth or throat of infected persons. Initial symptoms, which usually appear 10–12 days after infection, include high fever, runny nose, bloodshot eyes, and tiny white spots on the inside of the mouth. Several days later, a rash develops, starting on the face and upper neck and gradually spreading downwards.

There is no specific treatment for measles, and most people recover within two – three weeks. However, particularly in malnourished children and people with reduced immunity; measles can cause serious complications, including blindness, encephalitis, severe diarrhea, ear infection and pneumonia.

The disease caused an estimated 145,700 deaths worldwide in 2013, most of them children under 5 years old.

photo: This is the vaccination team at the Sint Maarten Ministry of Public Health.  This was the last event which they organized, the Vaccination Open House back in May. (DCOMM Photo)