Great Bay- The Ministry of Education, Culture, Youth Affairs and Sports has extended its support to the Oualichi Women’s Association for the organizing of the Dutch Caribbean Women’s Cup. During a recent meeting with the Minister of Education, Culture, Youth Affairs and Sports the Honorable Rita Bourne Gumbs, the organizing committee discussed the Dutch Caribbean Women’s Cup, the program of the competition, the invited teams and other organizational matters. The Ministry has also extended financial assistance to the Women’s Soccer Association in support of organizing the competition.

Minister Bourne-Gumbs will give opening welcome statements before the official kick-off at six and the first game will be played between the Oualichi Women’s Soccer Team and the Female Selection from Bonaire. That same evening will feature a game from CVV Willemstad from Curacao and SV Oemasoso from Surinam. The competition will continue with matches being played on Saturday at six in the evening and the finals will be Sunday at nine in the morning. 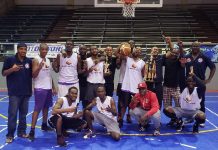 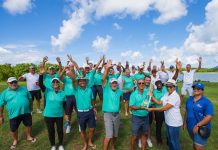 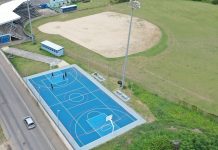 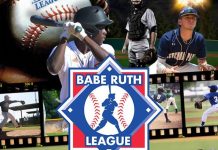