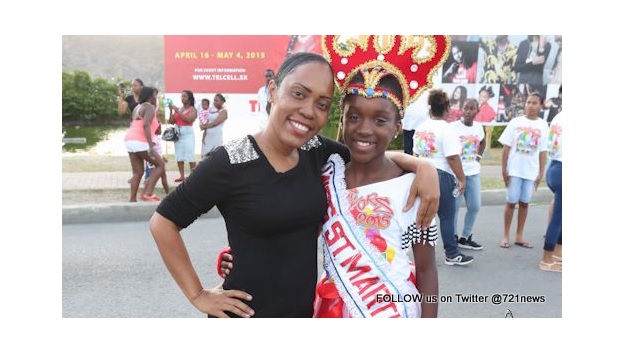 Registration will run until August 7 for the Little Miss St. Martin Pageant, which is scheduled to take place on St. Martin Day,November 11, 2015, said Lake.

“For the past four years I announced the start of registration in August but over the last year more parents and school directors have been telling me that the August registration did not give them enough time to prepare their daughters in particular and students in general to participate in the Little Miss St. Martin Pageant,” said Lake.

With the 2015 mid-year school vacation approaching, “parents can start early to discuss the pageant with aspiring contestants. There will be much more time to prepare their budget, sponsorship letters, and the princess wear,” said Lake.

The Little Miss St. Martin Pageant is an island-wide event “for the St. Maarten/St. Martin Day calendar, and the main idea for the beauty and talent contest is twofold,” said Lake.

“Firstly, the pageant is a motivational event to inspire positive activities for young girls. Secondly, the pageant honors the traditional sense of unity of the whole island of St. Maarten/St. Martin. The historic and cultural unity of the St. Maarten/St. Martin people is also the main symbol that ‘St. Martin Day’ was founded on. That is why we are using the traditional spelling of our island’s name in identifying the pageant,” said Lake.

The reigning “Little Miss St. Martin” is Trinity Christina of the Sister Borgia School. Trinity captured the crown at the pageant in 2014. The first runner-up was Inaya Richardson and Laetitica Cozier was the second runner-up. Aaliyahe Harrigan placed third.

Early registration for the 2015 contest will not, however, stop Trinity from carrying out her royal duties, said Lake. “In July, Queen Trinity will host the Princess Summer Camp, geared toward ‘Everything Princess’,” said Lake.

“I would also like to take this opportunity to thank everyone who has been contributing to the ongoing success of the Little Miss St. Martin Pageant,” said Lake.

The pageant application and additional information can be obtained from Nzinga Lake, pageant organizer, atnzingalake@gmail.com.