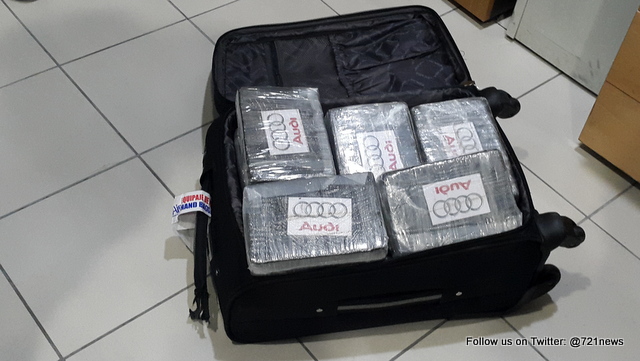 PHILIPSBURG, Sint Maarten — In a press release the Head of Customs Sint Maarten  A.J.G. Doran confirm that on Saturday May 23rd 2015, Custom Officers at Bobby’s Marina found almost $ 19.000 during a routine control at an incoming vessel from St. Barths. The money was placed in a suitcase which belongs to a male passenger with the initials C.K.

The customs is busy with a investigation to verify where the money came from.

Saturday was a busy day for the Custom Officers because on the same day during a routine control at PJIA airport they found almost 20 kilo of cocaine packed in 1 suitcase of the incoming flight from Curacao.  The suitcase was belonging to a male passenger with initials J.B.

Both of them are in custody an in the meantime they are interrogated by Customs. Due to the ongoing investigations, further information cannot be released at this moment.