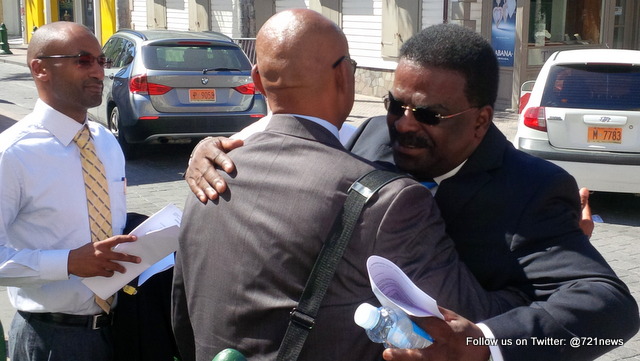 Philipsburg – The Court in First Instance acquitted former Finance Minister Hiro Shigemoto and Roberto Gibbs. That means charges against them were dropped. The prosecution requested 8 months of imprisonment against Shigemoto at the trial on May 7, and 12 months plus a 233,000 guilders ($130,000) fine against Roberto Gibbs.

The Judge in the case stated that there is insufficient evidence for a conviction.

The charges against them was fraud, embezzlement, forgery and money laundering. The prosecution furthermore charged Shigemoto with embezzlement in his function as a civil servant, and violating the Accountancy Ordinance.  No word yet from the Prosecutor if they will appeal the ruling from the judge.