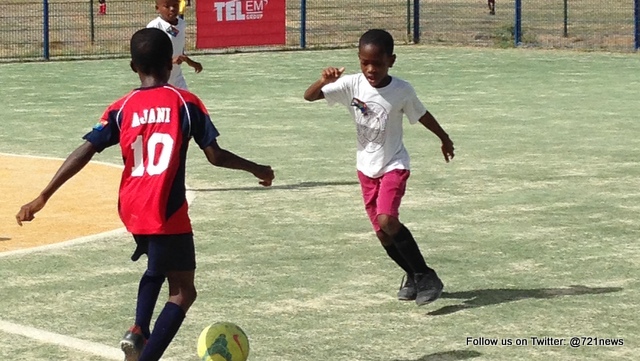 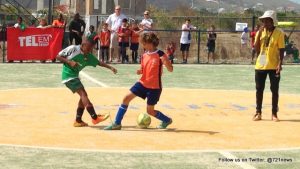 After a close first half Learning Unlimited went into the break with a one goal lead. The team managed to hold on to the lead in the second half in order to win the game. Sr. Magda Energetics gave it their all, but they were unable to put the equalizer between the posts. Learning Unlimited finished in third place. Sr. Magda Energetics finished in fourth place.

Sr. Magda Athletics was leading at the halftime with as score of 0 – 1. This was not due to lack of trying by the Silly Shooters, but due to great goal keeping by Sr. Magda’s keeper Keith Gittens. In the second half the Silly Shooters were able to out play the Sr. Magda defense in order to come back in the game. Continuing with the same offensive strategy they were able to score two more to secure the championship. Combine Silly Shooters finished in first place. Sr. Magda Athletics, which was undefeated in their first round and consecutive pool play, finished in second place.

Five schools registered to participate in the One-Day Champions League competition and to show case their school talents in the 12+Under age group category. Each team played each other to determine who would make it to the final and consolation finale. The results of the day were as followed: 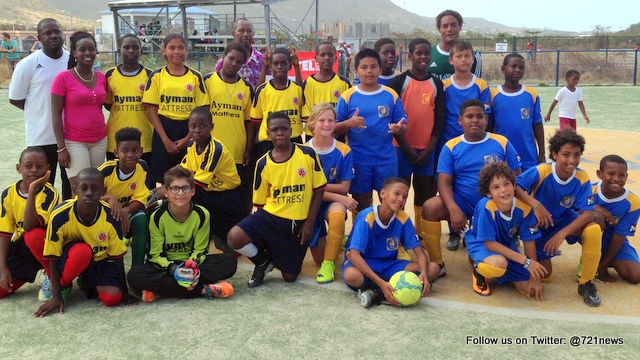 The standings before the final were as followed: 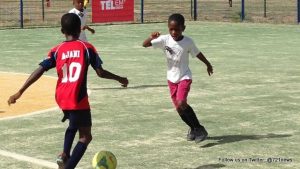 Learning Unlimited will play versus Dr. Martin Luther King in the Champions League consolation final on May 30, 2015.

Leonald Connor reaffirmed to be the strongest team in the Champions League this year by remaining undefeated in the final. Sr. Regina tried to regroup in the second half of the game, however the goal difference resulting from the first half was too big to overcome. Leonald Connor are the 2015 Champions League winners.

On Saturday, May 30, the finals and consolation finals will be played in the 11+Under, 13+Under, Girls 13+Under and Champions League categories followed by the award ceremony for all participating categories at the Johan Cruijff Court in Belvedere. At the award ceremony prizes will be handed out to the top finishers, the most-disciplined team, the best goalkeeper, the MVP (most valuable player) and the top Goal-getter in each category. The award ceremony is scheduled to start at 1:45 p.m.