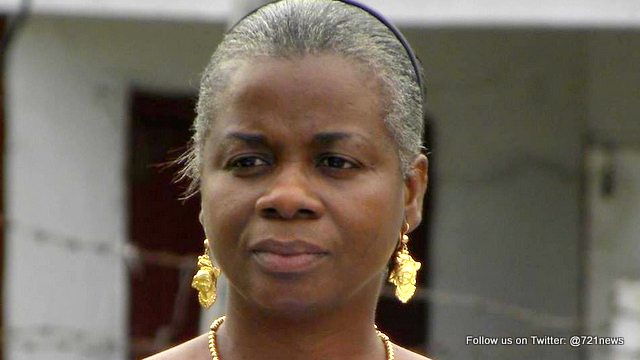 GREAT BAY/MARIGOT, St. Martin (May 17, 2015)—The Nature Valley association of Colombier will coordinate the “how to do” workshop on arrowroot at the 13th annual St. Martin Book Fair, June 4 – 6, 2015, said Shujah Reiph, book fair coordinator.

The association is well known for its hands-on exhibitions of traditional culture, agriculture, and nature conservation in Colombier, the St. Martin village that is well known for its fertile agricultural land. “Nature Valley had such a successful workshop on ‘how to make guavaberry’ at book fair 2012, that it makes even the idea of an arrowroot workshop so exciting for book fair 2015,” said Reiph on Sunday.

According the Vernicia Brooks, president of Nature Valley, the association members will show and discuss the arrowroot plant and rootstock history and its uses in St. Martin; the traditional pounding method of the arrowroot; how the starch is made from the Caribbean herbaceous plant; and “medicinal virtues” and cooking uses of the fine-grained starch that is made from arrowroot.

Brooks said that the workshop will touch on what Nature Valley has learned about arrowroot uses in other Caribbean islands but the emphasis will be on the history, cultivation, cultivators, preparation, and uses of arrow throughout the island of St. Martin.

In some villages of old-time St. Martin, the arrowroot harvest and preparation were very ceremonial. The ceremony included dance, celebratory songs, and specific work songs sung to the rhythm of drums and the pounding of the arrowroot with long pestles in large mortars, according to Thomassillienne Arnell, a former research source about Traditional St. Martin at House of Nehesi Publishers.

Arrowroot, both as a plant and food native to the region, also has a persistent air of mystery about its preparation and uses, especially in connection to pregnant women, and with regard to its ancient Amerindian use as an anti-toxin. The origin of the name arrowroot might be the Arawakan termaru-aru (“meal of meals”). According to wikipedia, “Archaeological studies in the Americas show evidence of arrowroot cultivation as early as 7,000 years.”

Although arrowroot starch can be made from several tropical plants, the particular plant popularly used on an island or in an area, along with its tuber and the starch obtained from it, often go by the same name: arrowroot.

The free arrowroot workshop will take place on Saturday, June 6, the main day of book fair sales, book signings, and workshops at the University of St. Martin (USM).