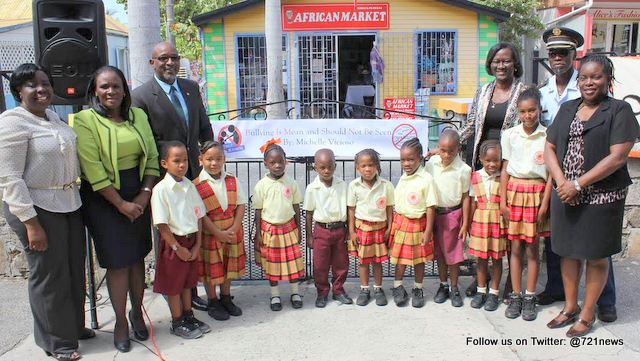 The theme for the session was: “Bullying is mean and should not be seen,” drafted by Michelle Vicioso.

Bullying is unwanted, aggressive behaviour among school aged children that involves a real or perceived power imbalance.  The behaviour is repeated, or has the potential to be repeated, over time.

In order to be considered bullying, the behaviour must be aggressive and include: an imbalance of power; kids who bully use their power – such as physical strength, access to embarrassing information, or popularity – to control or harm others.  Power imbalances can change over time and in different situations, even if they involve the same people.

“Government is committed to supporting students to feel safe and accepted in their schools and communities.  Everybody has a role to play in stopping bullying, however since bullying-related incidents often originate at school or impact other students, educators, counsellors and Government saw the need to have these types of sessions as a first response.  I was very impressed with the presentations by the students,” Minister of TEATT Hon. Claret Connor said on Tuesday.

Social bullying, involves hurting someone’s reputation or relationships, and includes leaving someone out on purpose; telling other children not to be friends with someone; spreading rumors about someone; embarrassing someone in public.