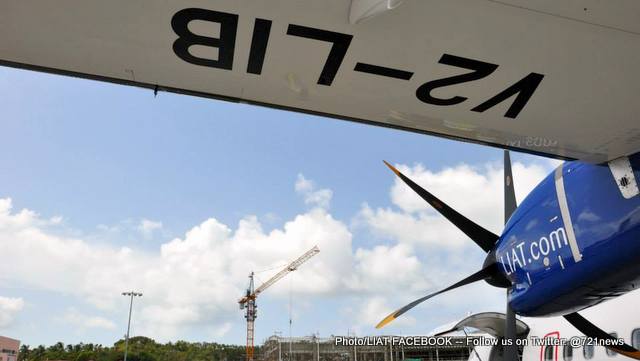 JOHN’S, Antigua, May 12, 2015 – LIAT has taken note of comments made by a talk-show host on the Voice of Barbados Radio on Tuesday regarding a recent company advisory about high winds in Dominica and St. Vincent.

Head of Corporate Communications Desmond Brown said LIAT’s number one priority is to run a safe and reliable operation throughout its network.

The Dash-8 aircraft which originally formed the majority fleet operated by LIAT, are now all over 20 years old, and had to be replaced.  The Dash-8 is no longer manufactured, and so the airline had to consider suitable alternatives for operation in the region.

Mr. Brown explained that landing and taking off at certain airports in the region, either at night or during adverse weather conditions, is governed by the Eastern Caribbean Civil Aviation Authority (ECCAA). Currently at Dominica airport we have been experiencing tailwinds in excess of 15 knots, which is the aircraft limit for night landings/landings in adverse weather and LIAT’s aircraft are not permitted to land there beyond these limits. A similar situation exists in St. Vincent.

Mr. Brown reiterated that at this time of the year the wind conditions in St. Vincent restrict the take-off weight of the aircraft and when this occurs, the company is obliged to restrict the number of bags that can be taken on the aircraft.

LIAT would like to appeal to its customers for their continued patience and understanding in the face of the situation which is outside of the company’s control.