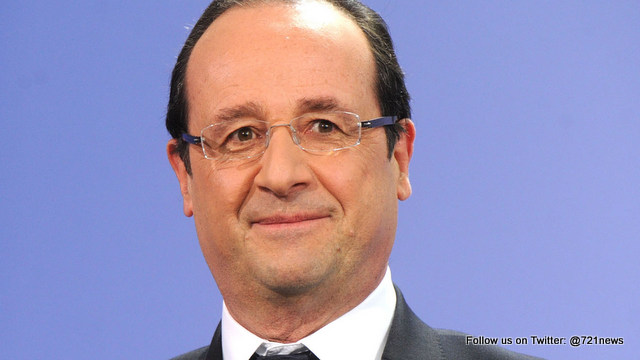 Guadeloupe — President Francois Hollande announced today, during the official unveiling of the Memorial ACTe in Point-A-Pitre, Guadeloupe, that France will cancel all of Haiti’s debt.

Those present, including Prime Minister Freundel Stuart, St Vincent and the Grenadines’ Dr Ralph Gonsalves and Dominica’s Roosevelt Skerrit, immediately gave him a standing ovation, while other members of the delegation broke down into tears upon hearing the announcement.

However, Hollande, who revealed he would be travelling to Haiti later in the day and who is also due to visit Cuba, also appeared to reject the idea of monetary reparations.

“When I go to Haiti, I will, for my part, handle the debt that we have,” Hollande said to loud applause. But later in the same speech he cited a famous French Caribbean writer’s objections to financial reparations.

France has faced calls to pay Haiti billions of euros in reparations — a sum that approximates the amount Haiti paid France after slaveholders demanded compensation for loss of property. Haiti, which became the world’s first black republic after winning its war of independence in 1804, agreed to pay the debt in exchange for official recognition from France in 1825. Critics say the so-called independence ransom was illegal from its inception, since France had already outlawed slavery by the time it asked for compensation.

In 2010, then French President Nicolas Sarkozy visited Haiti in the aftermath of an earthquake that killed upwards of 100,000 people. That marked the first visit from a sitting French president  in the nation’s history. Although France agreed at the time to cancel Haiti’s 56 million euro debt, it rejected demands from activists to pay 17 billion euros in reparations.

In 2001, France passed a law that recognized the slave trade and slavery as a crime against a humanity.

In 2013, Hollande evoked France’s “debt” toward Africa but also said the history “cannot be the subject of a transaction.”

In the same speech in Guadeloupe, Hollande blasted modern-day “slave traders” in the Mediterranean, criticizing smugglers who profit from “human cargo”. Last year, more than 200,000 refugees, mostly from Africa and the Middle East, attempted to cross the Mediterranean Sea to Europe. More than 3,000 of them died.