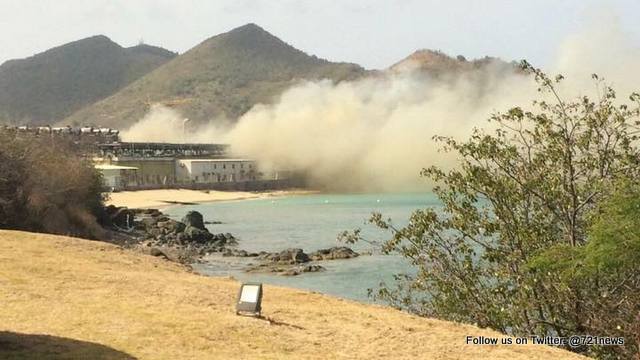 GALISBAY, Saint Martin — Several areas of the French side were left without electricity for much of the day Monday after a fire started in the EDF plant in Galisbay around 9:00am.

The fire was caused by an oil leak in one of the older engines that dripped onto the exhaust, causing the number three generator to catch fire, according to a reliable source. Electricity was restored in Marigot later in the morning, but other districts had to wait until the afternoon before power returned. The extent of the damage was not known.

Capitaine Emmanuel Maignan said the EDF alarm system had worked as it was designed to and the fire brigade had taken some 30 minutes to extinguish the fire. He said there had been no injuries or any other damage.

EDF is due to change to new, energy-efficient engines by the end of the year, at which time the older engines will be retired.