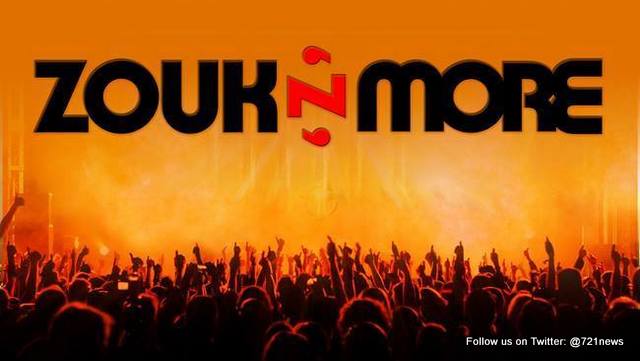 POND ISLAND, Sint Maarten — When Francois “Cuchi” Hunt decided to host the Zouk ‘N More Carnival concert for Carnival 2015, he was adamant about showcasing talent from St. Maarten who he considers has a very bright future.

He has booked performances of two well-known St. Maarten artists; Oswald and Ruffy, and has added others who, according to him, will add to the overall electricity of the concert. Performing LIVE that night will be The Odd Brothers, zouk sensation Jade, D’Ya Nick and 11-year-old sensation Tamelia.

Some of these artists will open the night while Ruffy and Oswald will be featured in the program with the scheduled international artists. “I wanted to make sure that we showcase our own. I hope it motivates other young artists to constantly make music and seek to improve themselves. You never know who is watching. Seize every opportunity,” Cuchi said.

Cuchi is also offering an Easter special on tickets to the concert. Instead of the concert price of US $50, the tickets can be had for US $35 from Thursday, April 2 until Tuesday, April 7. In fact, Cuchi will even deliver the tickets if he has to, just call 5871564. Ticket locations are Cuchi’s Barbershop, Dynamic Nails, PJD2 Radio, both Van Dorp locations and Happy Shop.

On April 29 Francois “Cuchi” Hunt will host the “Zouk & More” International Concert featuring an incredible lineup of 13 artists of the Zouk and Compas music genres and more. The “and more” part of the concert will be released in about a week time.

Gracing the main stage in Carnival Village will be Christian Nara, Alan Cave, Joslyn LaBille, Admiral T, Kim, Marvin, J. Perry, Victor O and Orlan. Besides these international stars, Cuchi will also feature a number of local stars throughout the program, so not just as curtain raisers. These local stars include the Odd Brothers, D’Anik, Ruffy, Jade and Oswald. All of the artists will be backed up by the band K’aravan.