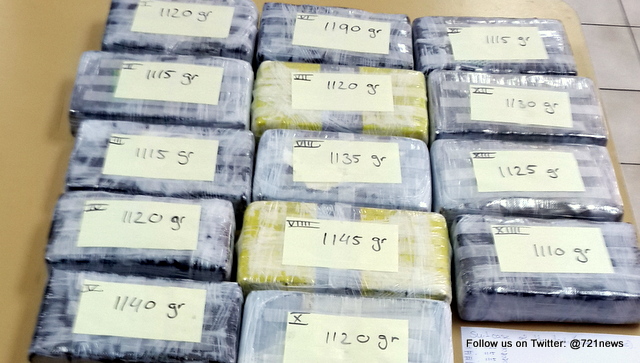 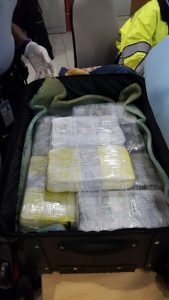 PHILIPSBURG, Sint Maarten — In a press release issue on  April 19th 2015, by the Head of Customs in Sint Maarten Mr. A.J.G. Doran said, Custom Officers at Princess Juliana International Airport found almost 32 kilo of cocaine packed in 2 suitcases, after a routine control of the incoming flight from Curacao.

Customs is now busy interrogating where the drugs come from and to whom it belongs.

Due to the ongoing investigations, further information cannot be released at this moment. 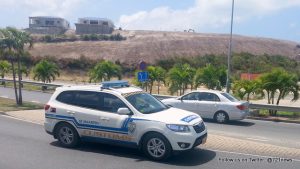 The Drugs was intercepted at SXM Airport after an Insel Air flight from Curacao landed.

It is said that the drugs were discovered in the two pieces of luggage belonging to a man and a woman who are Nationals of the Dominican Republic.

It is not clear at this point just how much drugs were confiscated but it is said that the two suitcases were full of the contraband.

More information on this latest haul can be expected from the customs department.