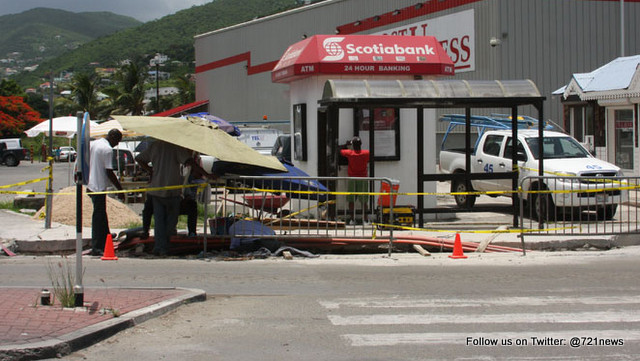 Pond Island –  TelEm Group Chief Financial Officer (CFO) Mrs. Helma Etnel  strongly refutes claims  that she is in any way personally associated with the  Surinamese workers who carried out work for the company.

Mrs. Etnel has termed these allegations, which were made in the media Friday,  as being “untrue” and a “total fabrication.”

“I have absolutely no involvement in the search for or selection of personnel for technical works since I do not have technical expertise in that field,” said Mrs. Etnel.

“I strongly reject the fact that an association is being made intentionally to tarnish my image and reputation in such a false manner, since I have no personal connection with these workers nor was I responsible in any way whatsoever, for their search and selection,” the TelEm group CFO said.

Mrs. Etnel has also challenged those making the unfounded allegations to come with proof and to report their matter to the correct authorities for proper actions, otherwise to put a stop to deliberate spreading of false rumours.

Chief Technical Officer, Mr. Eldert Louisa, has meantime stated that the decision to use the Suriname team of workers was taken by the Technical Division based on the fact that they had been assisting TelEm Group at different times in the past since 2002, especially following major damage to the company’s telecommunication network.

He said the latest decision to use the workers late last year, was taken in consultation with his Manager, Outside Plant, Mr. Marco London, and that this decision was based on a sound principal of urgent need, their expertise and certificated knowledge to best practices and industry standard, their familiarity with the local working environment, affordable pricing and their experience in the deployment of Fibre to the Home projects.