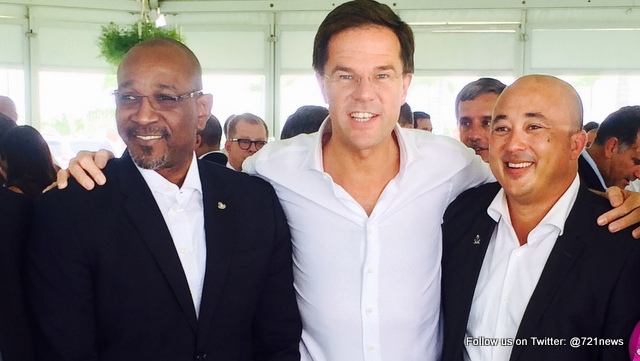 Minister Connor indicated that Port St. Maarten has developed itself as a major player globally and with St. Maarten’s geographic advantage to the rest of the Kingdom, that much more can be done.  “As we continue to move St. Maarten forward into the regional hub of the North Eastern Caribbean, this brings increased economic development which benefits our countries overall development,” Minister Connor said on Sunday from Panama City.

President of the Dutch VNO-NCW Hans de Boer moderated the meeting.  The VNO-NCW is the largest employers’ organization in the Netherlands, representing the common interests of Dutch business, both at home and abroad and provides a variety of services for its more than 160 associations who are members and over 115,000 enterprises.  VNO-NCW covers all sectors of the Dutch economy, including more than 80 per cent of all medium-sized companies and nearly all of the larger corporate institutions.

Key to Panama’s strategic location is the waterway, whose expansion, is promoting development in sectors such as tourism, logistics, construction, and insurance.

The expansion will build a new lane of traffic along the Panama Canal through the construction of a third set of locks, which will double capacity and allow more traffic, longer and wider ships to transit between the Pacific Ocean and the Caribbean Sea both ways.  The new section of the canal should open on April 1, 2016.

During the CEOs Round Table Meeting, some of the issues discussed was the strategic connectivity with the islands and Panama; a diversification strategy; a five-year plan Energy policy; impact of the opening of the Panama Canal third lock and opportunities in new feeder connections; improving the investment climate between Panama and St. Maarten (Law41/E-zone); fiscal incentives; and maritime cooperation with Panama and the Caribbean Region.  Panama’s Law41 of 2004, designates Panama Pacifico Special Economic Area as a center of high technology manufacturing, logistics and services center for world trade.

“I feel proud that Port St. Maarten was invited, and we along with Minister Hon. Claret Connor, proudly represented country St. Maarten on this international stage as part of the Kingdom of the Netherlands delegation.  There are major global trade developments taking place where it concerns the shipment of goods around the world in the most efficient and fastest way possible.

“Panama Canal Authority is already looking at building a fourth lock that would allow it to handle a new generation of the world’s biggest containerized ships carrying 20,000 containers.  This would allow Panama to compete head-on with Egypt’s Suez Canal.

“The construction of a fourth lock would costs around US$17 billion and take approximately 15-years to complete.  Port St. Maarten cargo facility investments have led to a steady growth in containerized business making the island a regional sub-hub for the North Eastern Caribbean.

“We are gearing up for the opening of the expanded Panama Canal, which will place much greater emphasis on feeder ports such as St. Maarten.  As a small island nation and a small port, we have accomplished a lot and there is much more to do where we further enhance our role as a regional port player.  I am looking forward to bringing forth at the top level CEO Round Table Meeting the Port St. Maarten perspective,” CEO Mark Mingo concluded.