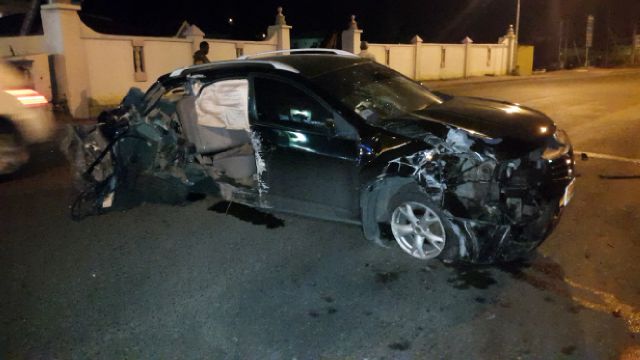 PHILIPSBURG, Sint Maarten — Late last week and into the weekend proved to be an expensive time for car owners and insurance companies as numerous accidents were reported.

It should be noted that thankfully no lives were lost as a result of the fended benders for which many, the road conditions and driver lapses are being blamed.

Although there has been no official report on these accidents, we have learnt that on Thursday April the 09th, a small white car crashed into a blue Taxi van (Taxi number 386) in the district of Point Blanche.

The Taxi was said to be leaving the Pointe Blanche district at the time of the crash. The impact caused the Taxi van to flip on its side. No body was seriously injured in this accident.

We have also learnt that during the early morning hours of Friday April 10th, the driver of a black jeep totally wrecked his jeep when he lost control on the AJC Brouwers road.

The driver did not sustain and major injuries but because of his “aggressiveness behavior”  towards the police officers during the investigation of the accident, he was detained however later during the day was released.

It is believed that the police are conducting an investigation

Once more wet road conditions are being blamed for another accident on the link one phase two road network.

On Friday morning at around 7:10am, a Grey Nissan Car with French numberplate 4337AAB is reported to have lost control and slammed into a gold colored car that was traveling in the opposite direction.

The impact caused the gray car to flip onto its roof. Nobody was seriously injured. It is once again believed that the traffic department of the St. Maarten Police Force are conducting an investigation into all three accidents. 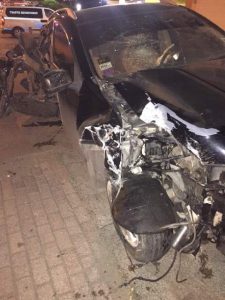 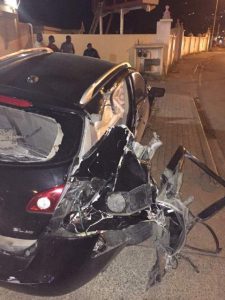 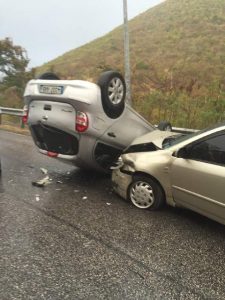 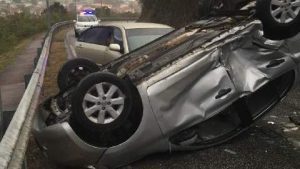 Thursday April 09, 2015 Accident in Point Banche across the Harbour entrance 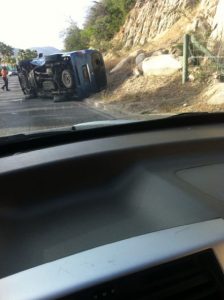 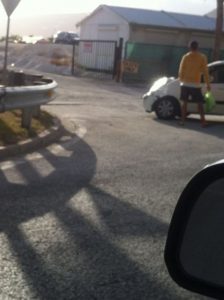 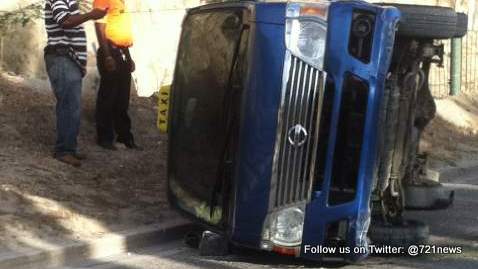