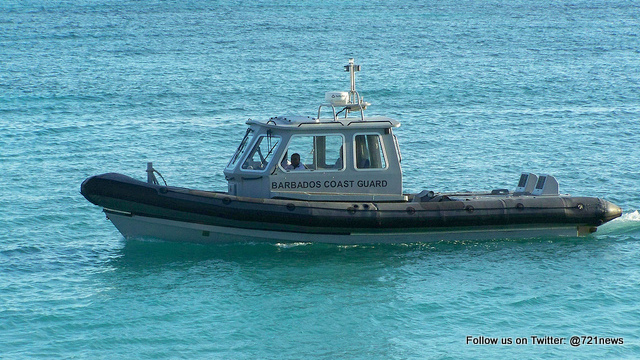 BARBADOS — A pleasure cruise by over 30 people almost turned tragic in the wee hours of this morning, when the boat sank in the waters just off the capital, Bridgetown.

However, it took at least an hour before the Coast Guard arrived.

By then the mood of patrons, who came out for an all night party from 10 p.m. to 2 a.m., had changed. The anxiety and discomfort of drifting away the night on a hapless vessel soon turned into full blown panic, as the boat capsized and sank, while under tow, throwing its screaming occupants overboard.

It was quick action by all official parties involved that ensured all 35 occupants made it back to shore safe.

In the end, only one female complained of injuries. However, none was said to be life threatening. She mainly suffered bruises and a fractured arm.

“It was a very frightening experience. Thank God there was no loss of life,” said owner of the cruise business Shawn Morris.

“We managed to rescue everybody,” he said, revealing that a senior police officer with a boat participated in the rescue, along with Coast Guard officials.

Morris, who spoke to Barbados TODAY as the grounded vessel was seen washing ashore close to Trevor’s Way on Sunday morning around 8 a.m., said the entire episode was still a mystery.

“At first we thought it was engine failure, but then it [the catamaran] started to take in water, so it is all very baffling at this stage,” he said.

With the destruction of his only vessel, Morris is estimating financial losses in the region of $200 000 for his three-year-old business, which he said already had cruises booked up to September this year.

He however reported that the boat was fully insured and said he would be seeking to recover as quickly as possible. Source Barbados Today