Sint Maarten is located on the southern half ofthe island of Saint Martin.

Drives on the right

Sint Maarten (Dutch pronunciation: [sɪnt ˈmaːrtə(n)]) is a constituent country of the Kingdom of the Netherlands. It encompasses the southern half of the Caribbean island of Saint Martin, while the northern half of the island constitutes the French overseas collectivity of Saint-Martin. Its capital is Philipsburg. Its population is 37,000 on 34km2.
Before 10 October 2010, Sint Maarten was known as the Island Territory of Sint Maarten (Dutch: Eilandgebied Sint Maarten), and was one of five island territories (eilandgebieden) that constituted the Netherlands Antilles.

Source: From Wikipedia, the free encyclopedia 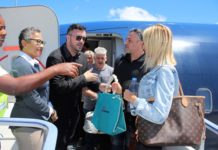 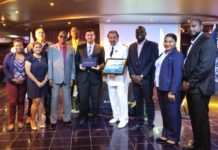 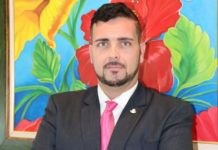 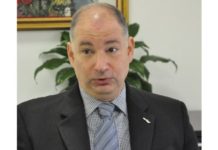