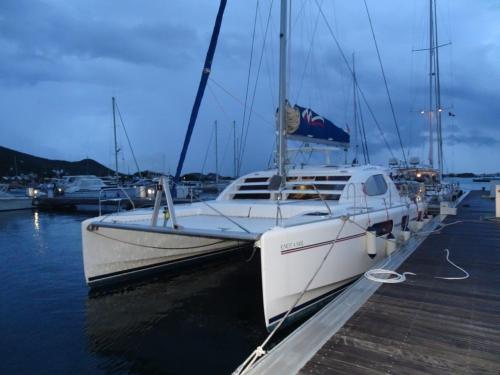 ~Arrested Tuesday and referred in Guadeloupe~

SAINT MARTIN/GUADELOUPE – The three crew members of the catamaran on which 52 illegal immigrants were discovered by the PAF Tuesday, November 1, in Marigot Bay, were presented in immediate appearance before the District Court of Basseterre this Friday, November 4 .

The skipper, a Dutch resident on the French side, has been sentenced to four years in prison and the other two members (a St. Lucian and a Dutch St. Maartener) to two years each in prison.

A warrant was also issued against them. Following the hearing, they were transferred directly to jail.

Last month, the skipper of a catamaran carrying 12 illegal immigrants, was sentenced to two years in prison. A warrant had also been issued.