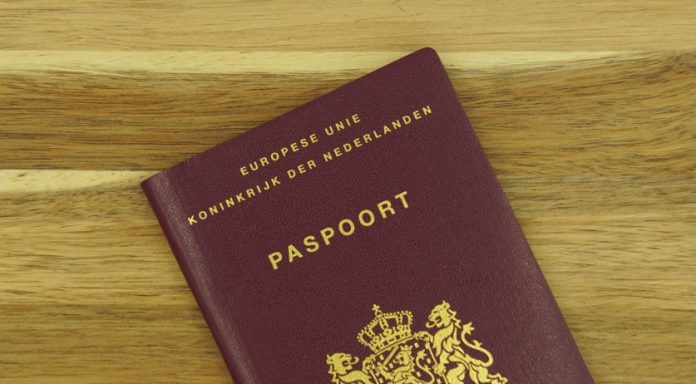 THE NETHERLANDS — The agency in charge of student loans in the Netherlands, DUO, is blocking the passport renewals requested by former students who have student loan repayments that are in arrears. This happens when the agency is unable to maintain contact with those in debt. Over the past year, more than 2,700 Dutch people living abroad have been unable to renew their passports as a result, often with significant consequences, Trouw reports.

DUO hopes to force these former students to make contact so that they can arrange repayment of their student loans.

There are about 100,000 Dutch former students with student debts who now live abroad and for whom DUO has no contact details. About 80 percent of this group has payment arrears, DUO said to the newspaper. If the arrears are greater than 5,000 euros, DUO blocks their passport renewal. Affected Dutch can only renew their passport after reaching an agreement with DUO.

Several affected Dutch told Trouw that this system is disproportionate. One former student living in Austria lost his job because he couldn’t renew his passport. Another in Argentina could not apply for residency status and therefore did not have access to vital medication.

The former students said that their payment arrears are a formality. They are in arrears because they did not declare an income to DUO. If they had, they wouldn’t have had to pay anything because their income is below the payment limit.

According to DUO, it is the former students’ responsibility to declare their income and manage the repayment of their student debts. “We use passport signaling to re-establish contact with debtors with large payment arrears,” spokesperson Bert Viel said. “If someone indicates that they cannot pay the arrears, we will make an arrangement that suits the debtors’ personal situation.”

DUO acknowledged that passport signaling is a means of pressure for those who can pay their debt but don’t want to. “But in those situations, someone consciously evades the statutory payment obligation, and it is a proportional measure.”

This use of passport signaling is legal, but the National Ombudsman is critical of the system. He understands the use of the system to restore contact, but what happens after must be customizable, National Ombudsman Reinier van Zutphen said. “You cannot force payment if the former student simply can’t afford it. If you do block someone’s passport, it quickly becomes inappropriate because it can have enormous consequences for the former student’s social or work life.”

DUO is working on improvement with a Person-Orientated Collection program and improved communication to prevent former students from falling behind in their payments. The service stressed that only a small group of former students face passport signaling.