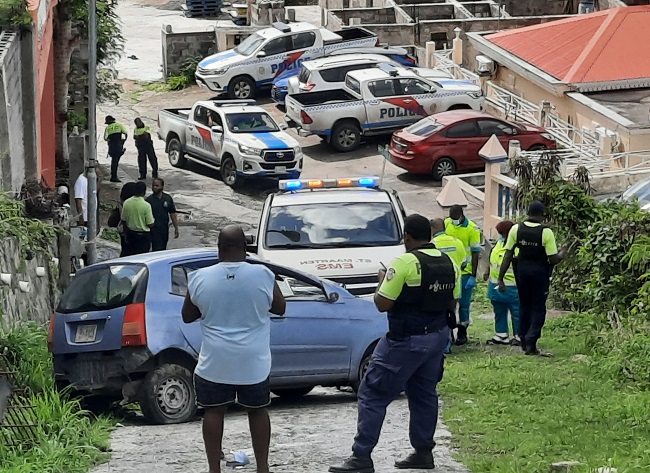 For the first incident, a patrol was dispatched to Welgelegen Drive, Cay Hill, in response to a house fire. The fire personnel also responded to the call and extinguish the blaze from the burning section of the house. The source of the fire is still under investigation. No one was home during the fire.

While the fire was going on, Central Dispatch received another call about an overturned vehicle in Weymount Hill. Several police patrols and ambulance personnel were immediately dispatched to the scene.

A driver of a Blue Atos car lost control as she tried to drive onto her property. This resulted in the vehicle slidding down the hill and overturning. The driver sustained minor injuries and was treated by paramedics at the scene. The investigation is ongoing.