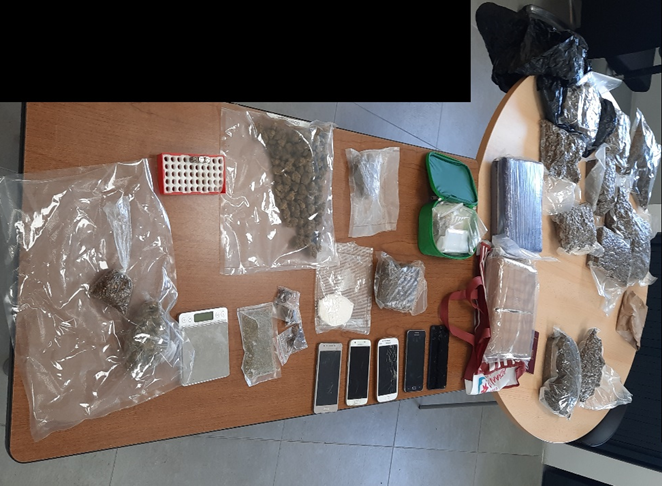 PHILIPSBURG, Sint Maarten — Around 10:00am, today, August 23, 2022, police patrol was dispatched to an address in Cole Bay to deal with a family argument that was threatening to get out of hand.

At location, there was an altercation between two family members residing at the address. As the argument escalate, the patrol became aware that the male relative was possibly in possession of a narcotics in his part of the home.

With the consent of the property owners, a search was conducted at the residence. A large quantity of narcotics of various types and cash were discovered by the police in one of the rooms.

In view of these circumstances, suspect with initials L.P. Mc.C was immediately detained by police and the narcotics and money were seized. Forensics and detective personnel were called to the scene.

The suspect and confiscated goods were later transported to the police station in Philipsburg. This investigation is still ongoing.