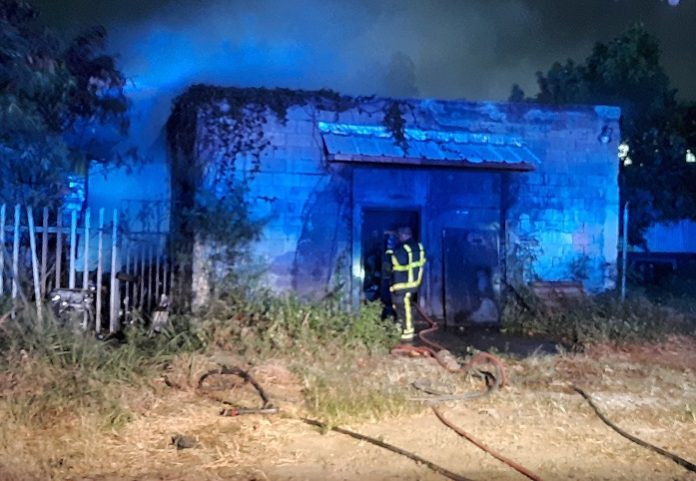 PHILIPSBURG, Sint Maarten (KPSM) — At around 8:30 pm on Saturday evening, June 11, 2022, Police Central Dispatch received several reports of a structure fire on the back street off Super Value.

Several patrol officers and personnel of the fire department were dispatched to the scene. Upon arrival at that location it was confirmed to be a raging fire in an old wooden dwelling and the adjacent storage container.

After much effort, the fire was brought under control by fire department personnel, however, they were busy extinguishing the remnants of the Fire until the early morning of Sunday, June 12, 2022.

Detectives and forensic department personnel are still investigating the reason for this fire. The cause of the fire is not yet clear the investigation is still ongoing.
No one sustained any injuries as a result of this fire.