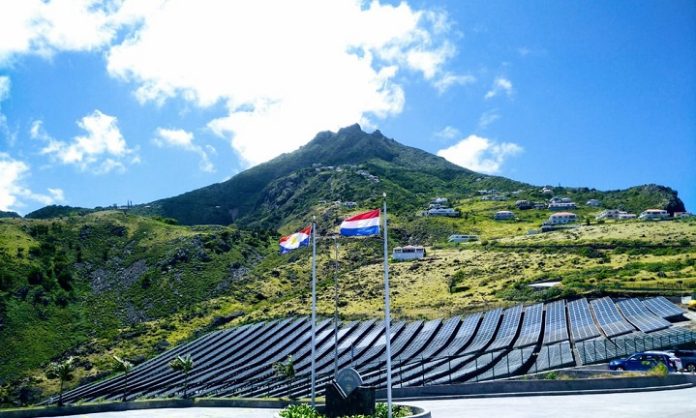 SABA — The recent announcement by the Netherlands Authority for Consumers and Markets (ACM), concerning another increase in the maximum rates for the distribution of electricity, has understandably raised concerns in the community.

Saba Electric Company N.V. (SEC) and its shareholder the Public Entity Saba (OLS) met on Monday, June 28. Both acknowledge the economic burden being experienced by the general population and empathize with the community. It was agreed upon during the meeting that both parties would explore solutions, both short- and long-term, to further reduce SEC’s cost and address the increases in the cost based tariffs which are calculated by ACM. These calculations are based on the energy law which is established for Saba, St. Eustatius and Bonaire.

Contrary to concerns that the rates have been increasing monthly, this is not the case as the rate has been the same since January 2022. What has increased is the actual consumption of energy by the households. Historically, energy usage is always higher in the summer months when the temperature is higher. Each energy bill illustrates the kWh usage over the period of one year so that customers can easily monitor their monthly and annual consumption.

The new maximum rates set by the ACM should be applied as of July 2022 electrical bills, which consumers will receive in August 2022. The new rates have not been applied to the most recent bills.

Fuel Prices
The escalating global energy prices are a concern throughout the world, and Saba is no exception.
Unfortunately, SEC and the public entity cannot control these external factors. SEC is in frequent contact with its fuel supplier to keep the fuel cost at a minimum. Nonetheless, the price of fuel that SEC pays has increased by 223% from June 2020 to June 2022. This has a considerable impact on the rate calculation.

Solar Park/Renewable Energy
The solar park produces between 35 to 40 percent of the total production. On a day with optimal sun the island is completely powered by solar and battery power between the hours of 8:00AM to 5:00PM. The power from 5:00 PM until 8:00AM is produced by conventional diesel generation. When the island is being supplied energy from the solar panels, the diesel generators are not being used, thus reducing fuel usage. However, because of the exorbitant fuel prices, the amount of fuel being saved because of the solar panels is not sufficient to offset the current fuel prices. Thus, the calculation shows that the rate should increase significantly.

Without the fuel savings from the solar park, the variable tariff would be at least US $0.10 higher per kWh used by the consumer. The investment for the solar park is not factored into the rate that is passed on the customer because the project was fully subsidized.

SEC, along with the Public Entity Saba, is working on a project to move to near 100% renewable energy, which will significantly reduce dependence on diesel fuel and SEC’s operational costs. But this is a long- term solution. In the short term, both parties are exploring options to avoid such a sharp increase in the rates which have been calculated by ACM and would impact energy bills as of July. Both SEC and the public entity stressed that households should monitor their consumption as much as possible and to explore energy-saving options such as using LED bulbs and limiting air-conditioning usage.

Subsidy for low-income households
Due to increasing energy cost, a subsidy has been granted by the Netherlands for low-income households that will receive a onetime compensation of US $850.00 that will be applied as a credit for electricity usage. It is estimated that this will be apply to approximately 400 households. The details are being worked out by the Community Development Department and the Public Entity Saba. More information about this will be shared at a later date.