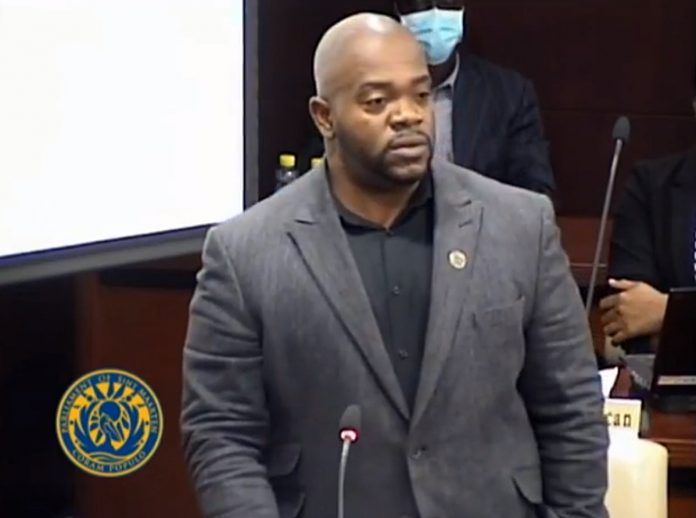 PHILIPSBURG, Sint Maarten — Independent Member of Parliament Christophe Emmanuel on Sunday said that Kingdom partners are no closer to consensus on the COHO now, than before the start of IPKO a week ago. Emmanuel, the only St. Maarten MP who has been against the construct from the inception, opined that several other MPs including those from the Dutch second chamber are starting to realize that COHO will not work on the islands.

He added that St. Maarten, the host country of IPKO, still not being able to present an official position, is further evidence that the exercise over the past year has been one of futility. “Different factions went into IPKO with different positions, fairytale stories and unrealistic goals. As elected representatives of this country they showed again that they are completely detached from the reality on the ground,” Emmanuel said.

Since 2020, the MP has been a proponent of the Parliament of St. Maarten coming together to guide realistic reforms for the country and push government to finally finalize a post-COVID economic recovery plan. “Such a plan should have been rather quick to finalize and/or adjust since it should have been in process in the aftermath of Hurricane Irma,” MP Emmanuel said.

“Nobody, not a single soul has said that reforms are not needed. But local civil servants and professionals were already underway with some of these reforms in the country packages. The Netherlands could have simply loaned some expertise where needed to assist all islands in becoming more resilient after a crisis. Instead, the Dutch government is persistent in taking a path that infringes on our rights and in some cases our laws. And our government is just swallowing, going along and wasting time,” MP Emmanuel said.
All of this “wasted time” the MP continued, could have been spent on an economic summit for the country, Parliament directing Government where to cut “excess fat” and reduce government waste which would have saved it from cutting the income and benefits of its workers.

“In the meantime we see Aruba and Curacao making strides to roll-back that 12.5% cut and payout vacation pay. GEBE employees will be getting theirs. What about civil servants and other workers? There is no mention of relief from the government. Everybody instead wanted to sound like Einstein at IPKO trying to justify a COHO construct that is bad for the country plain and simple,” MP Emmanuel said.

He continued: “That message should have been our combined position. Instead it was a week that produced nothing but a deadline extension that will result in nothing. Even Dutch MP’s aren’t as confident that COHO is realistic. The government of St. Maarten and its support in Parliament has wasted time on COHO, lied, deceived and misdirected information, while they should have been building consensus in Parliament to actually govern in the benefit of the people built on our autonomy and laws,” the MP concluded.