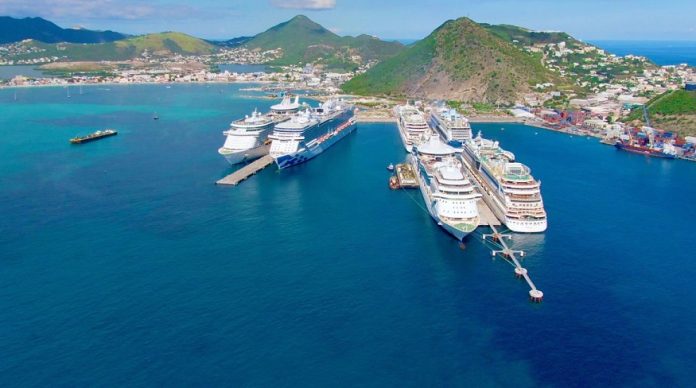 PORT ST. MAARTEN – So far for 2022, Port St. Maarten has catered to 350,507 cruise guests who visited the destination via 282 cruise ship calls for the first four months – January to April – of the year.

Port St. Maarten Group Chief Executive Officer (CEO) Alexander Gumbs said on Thursday that the cruise industry continues to deal with the challenges brought on by COVID-19 and now more recently high energy costs attributed to a combination of global economic factors, supply chain issues and the war between Russia and Ukraine.

“We remain confident for the coming months as we approach the slow season. As we enter this period, multiple cruise ships are being scrapped or sold thereby limiting the tonnage in the Caribbean Basin.

“Our performance has been positive. Occupancy onboard cruise ships have been slowly increasing as more people decide to take a cruise in the coming months.  In comparison with figures for the first quarter of this year, cruise ship occupancy levels were hovering around 45 per cent, but we have been experiencing an average of above 75 per cent, and currently some vessels are already nearing 100 per cent occupancy.

“We continue to remain focused and planning in a strategic manner along with the cruise industry and other stakeholders as we overcome the challenges that we all have been confronted with for the past two+ years.

“By August 2022, according to the Cruise Lines International Association (CLIA), all cruise lines who are members of CLIA should have their ships back in operation.  This is also good for St. Maarten as it can translate into more cruise ship calls to the island in the coming months leading into the 2022-2023 high season,” PSG CEO Alexander Gumbs said on Thursday.

CLIA, the leading organization that represents the global cruise community in its Cruise Industry 2022 Outlook Report, said that CLIA ocean-going cruise lines have welcomed more than six million guests onboard since resuming operations in July 2020.

“Cruise tourists, and the money they spend, create jobs and opportunities for local communities around the world.  Every 24 cruisers create one fill-time equivalent job. Cruisers spend an average of US$750 per passenger in port cities over the course of a typical seven-day cruise. Six in 10 people who have taken a cruise say that they have returned to a destination that they first visited via cruise ship.” – CLIA

The cruise industries leading public health protocols have facilitated the resumption of cruise tourism around the world, which has put people back to work and reinvigorating local and national cruise tourism economies.