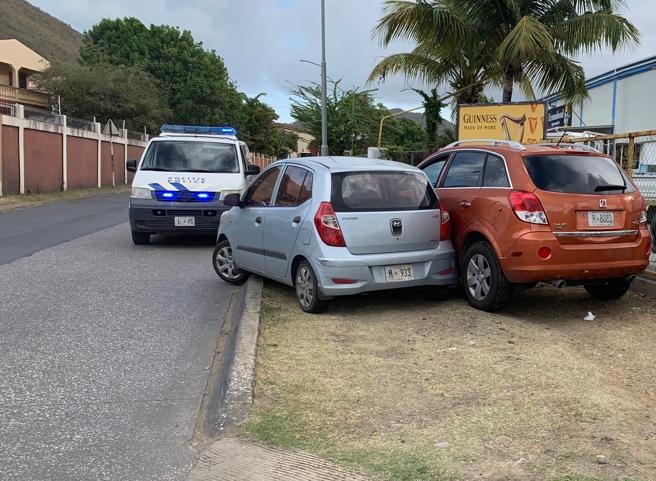 The Police Traffic Department is investigating several accidents that occurred over the weekend.

⦁ One accident between a scooter and a SUV on A. Th Illidge Road took place on April 23, 2022, at approximately 12:30pm. Both vehicles were driving in the same direction towards former Eddy’s Auto supply. The scooter rider was overtaking several vehicles at the same time the SUV driver was attempting to make a turn left. This resulted in the accident. The rider sustained injuries and was treated at the scene by ambulance personnel before transportation to the Sint Maarten Medical Center SMMC. Prior to the arrival of police, unknown person(s) removed the scooter for the scene. This investigation is still ongoing in this incident.

⦁ Police Central dispatch was called about an accident at the junction of Coralita Road and Zagersgut on April 24, 2022, at approximately 7:15pm. Preliminary investigation found that the driver of a gray I10 lost control and crashed into the right shoulder of the road and then into a concrete fence. The driver’s daughter was not wearing a seatbelt; she sustained a left leg fracture. The woman driver was arrested by the police as she was under the influence of alcohol. The Police Traffic Department is investigating this incident.

⦁ Police Central Dispatch received several calls about a car on W.J.A Nisbet Road that struck a pedestrian in the area of Island Finance on Sunday evening (April 24) around 9:30pm. The preliminary investigation determined that the driver was coming from the traffic lights heading towards town when he inadvertently struck the pedestrian crossing the road. The pedestrian sustained a right leg fracture. The investigation into this incident in ongoing.

⦁ Police Central dispatch received several calls about a crash at the junction of Welgelegen Road and Mongoose Road at approximately 6:50am on April 25, 2022. The driver of a Gray Sonata pulled onto Welgelegen Road from Mongoose Road without giving way to the orange Saturn Vue already on Welgelegen road. Due to the driver of the Orange Vue losing control, she struck a parked Hyundai I10 and subsequently the supermarket fence. The driver complained about pain in her right arm; she was treated at the scene by the ambulance personnel. The two children who were in the Grey Sonata were examined by the ambulance personnel; they did not have suffer any injuries. This investigation is ongoing.