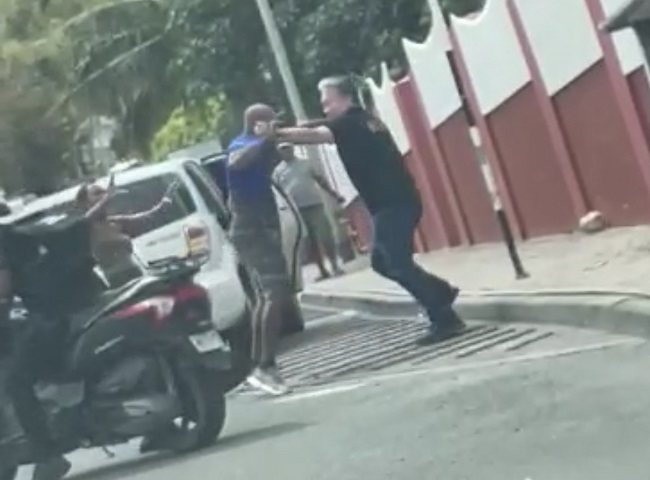 PHILIPSBURG, Sint Maarten — The Police Force of Sint Maarten KPSM is investigating the incident that occurred in the vicinity of Osborne Kruythoff roundabout in Cole Bay on March 31, 2022 where two men, are seen in a now viral video engaged in a fight.

This fight had taken place following what was reportedly a traffic accident.
Both individuals were later arrested and brought to the police station in Philipsburg

Seeing that the circumstances were at the moment not entirely clear, exactly what had taken place, both suspects were released on the order of the (KPSM) acting- prosecutor on duty after they having been questioned by detectives.

During the course of the last few days, the police were intensively engaged in legal processes, related to this case as well as interviewing witnesses, using the video footage and other investigative materials and techniques. This investigation is currently in its final stages.

The findings of this investigation will be forwarded to the Public Prosecutor’s Office, who will proceed with the further process of this case.