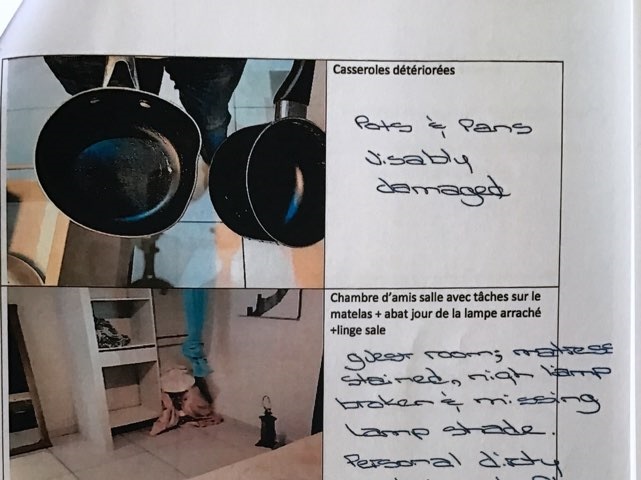 PHILIPSBURG, Sint Maarten — Member of Parliament (MP) Rolando Brison was ordered by the court to pay compensation for damage to a villa with pool rented by him. The deposit of $7,000 may be kept by the owner of the property.

It has been established that Brison had a rent arrears of US $20,400. in August 2020, almost half of the total rent due under the lease.

After paying another US $7,500, Brison continued to owe US $1,710 to Italian homeowner Nathalie Gabino. Gabino did not leave it at that, mainly because of the condition in which Brison had left the villa and the cost and effort she had made to make the property presentable again. Gabino went to court.

The judge ruled on Tuesday, March 22. In his closing remarks, the judge criticizes the way in which both Gabino and Brison litigate. Gabino had not been assisted by a lawyer during the hearing of the case, and she herself turned out not to be well informed about her own case. According to the judge, her application contained inconsistencies and calculation errors and lacked legal substantiation.

Gabino, who does not have a good command of the English language, was unable to answer all of the judge’s questions during the hearing of the case. In an interim judgment in October 2021, she was ordered to present more evidence and written information.

Brison, in turn, received strong criticism. ‘Brison’s defence involves no more than repeatedly arguing that the claim is insufficiently substantiated and that Gabino cites irrelevant aspects. Dismissing the claim in this way without explaining the case itself in concrete terms, in other words: explaining how it actually is, cannot be regarded as motivated contestation.”

According to the judge, Brison’s procedural documents contain only unsubstantiated denials and assertions, ‘in which no production has been presented to substantiate them’.

Gabino’s documents do show that there is an issue to be solved, the judge concluded. “Brison’s defence is ostensibly aimed at sowing confusion and creating a smokescreen by targeting Gabino’s flawed way of litigating.”

It is clear to the Court that Brison structurally paid the rent too late, up to 25 days after the payment date, and that he or friends of his had trashed the place.

A series of photos of the state in which the house was left by Brison shows, among other things, a broken bed frame, loose parts of a dresser and wardrobe and a torn-off fire detector. This damage was not claimed by Gabino, and is therefore not eligible for compensation, the judge notes.

However, Brison must reimburse mattress covers, bedding and pillows, remote control, a toilet seat, damaged taps and pipes in the bathroom and kitchen, a kitchen unit deformed by water damage, a broken outdoor lamp, broken pump of the pool, the cost of cleaning the pool and renovating the terrace that is blackened. Brison must also pay for various materials purchased from ACE to replace missing or damaged items.

Gabino’s claim stems from the inspection of the villa on August 31, 2020. Acknowledging the disorder at the time, Brison already pledged to reimburse the cost of cleaning the property, as well as the cost of repainting parts of the interior.

To compensate for the total damage to the villa, the deposit of US $7,000 paid by Brison is just not sufficient, the judge finds. The court ordered Brison to pay Gabino an additional US $2,104.86, plus 237 Antillean Guilders collection fees and 1,517.15 in litigation cost, totaling just over US $3,100.

Official pictures and destruction according to official court documents provided by Mrs Gambino to 721news. 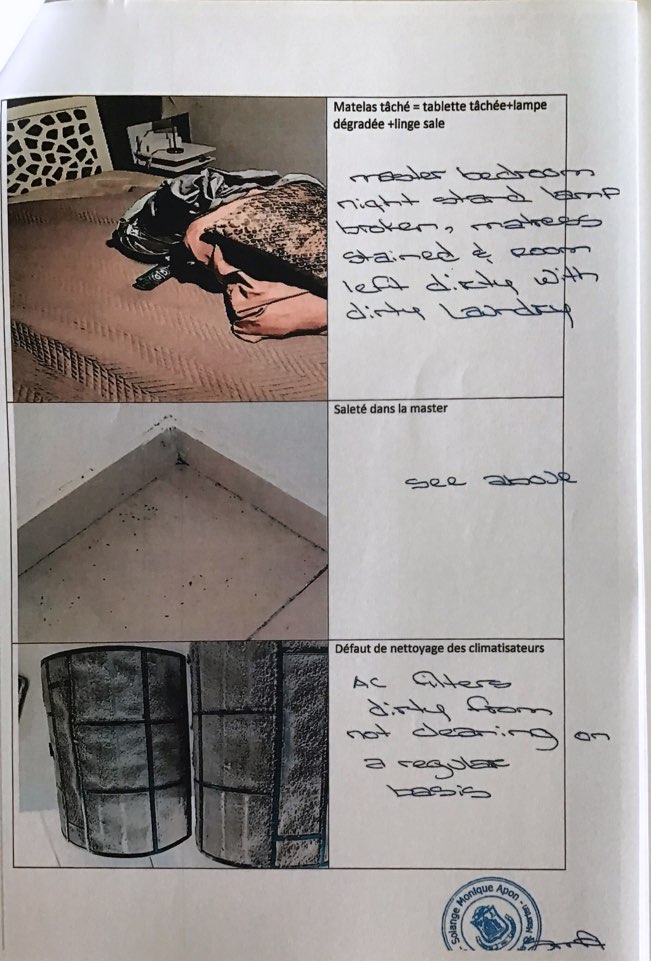 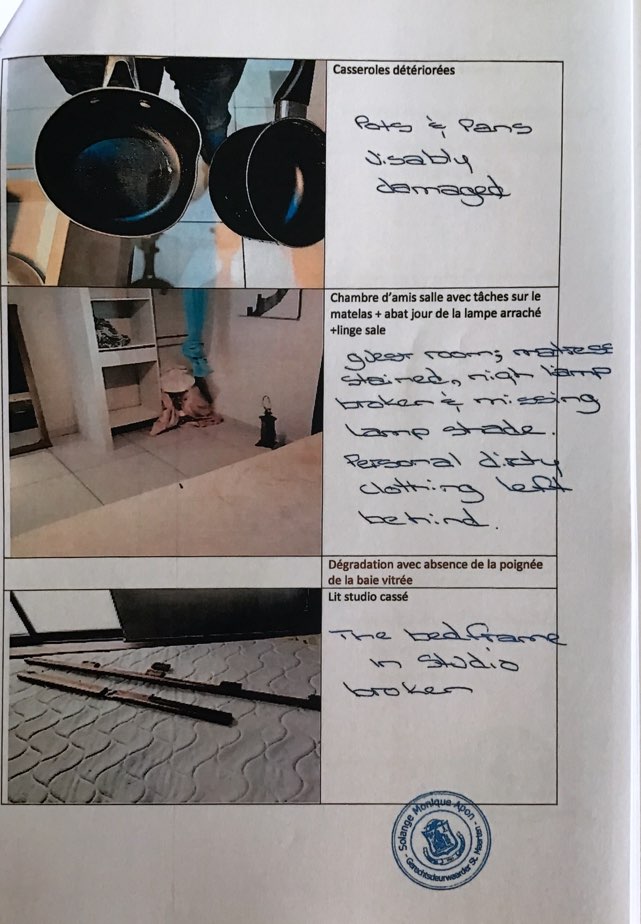 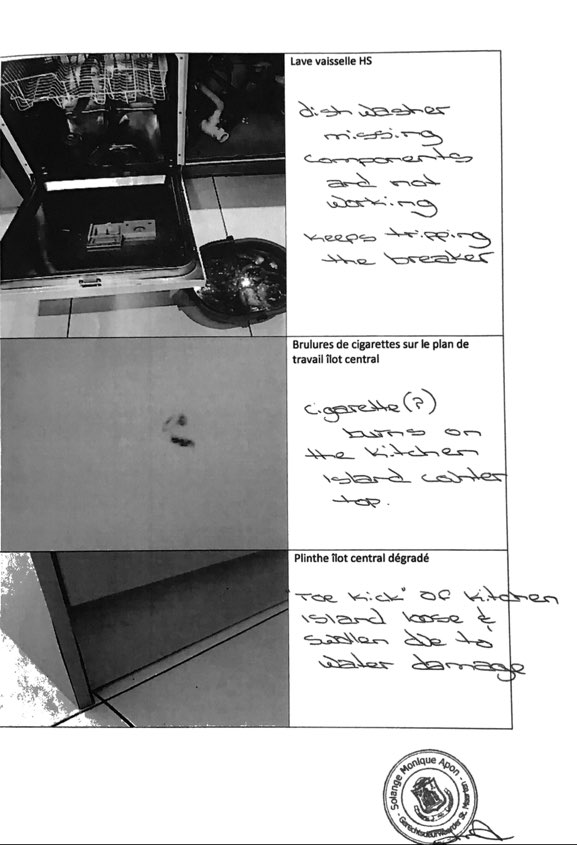 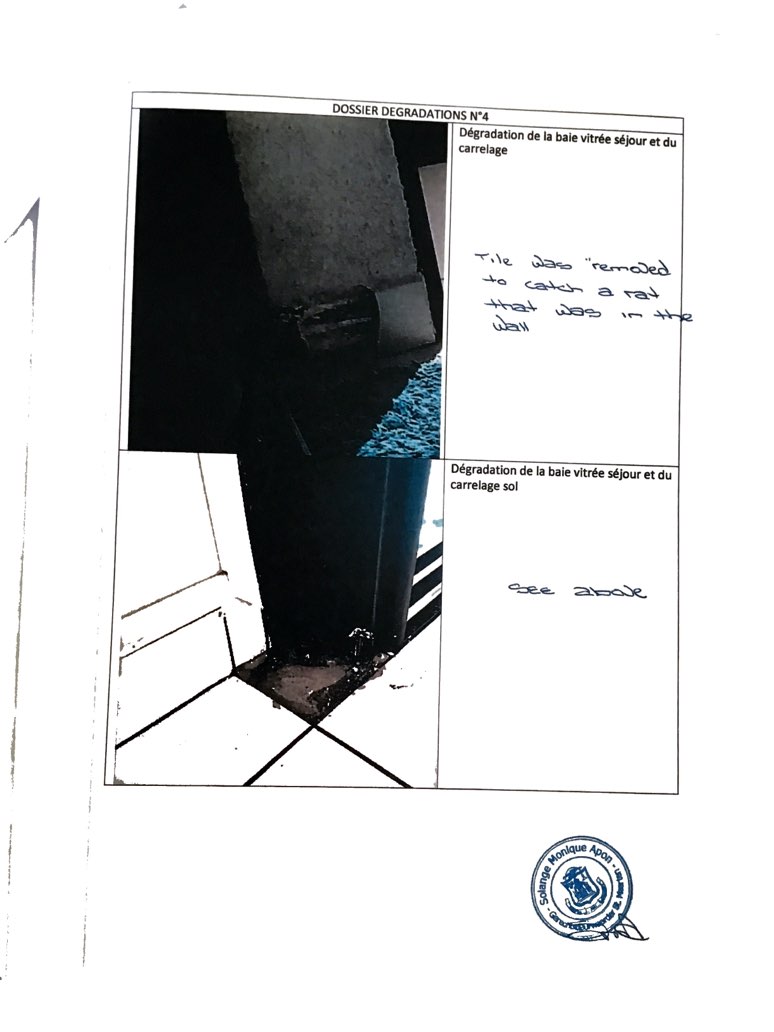