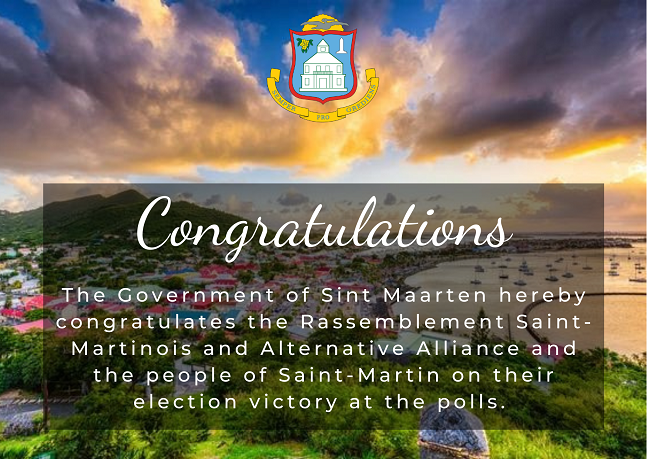 Philipsburg – The Government and People of St. Maarten hereby congratulate the Rassemblement Saint-Martinois and Alternative Alliance and the people of Saint-Martin on their election victory in the Territorial Elections held yesterday, March 27. Well wishes and congratulations are also extended to the 9666 voters who exercised their right to vote and have a say in who would represent them for the next years moving forward.

“Governments looks forward to its continued working relationship with the Collectivite of Saint-Martin and towards cooperation with RSM leader Louis Mussington and Alternative Party leader Valerie Damaseau as they embark on their new term of governance,” stated Prime Minister Silveria Jacobs