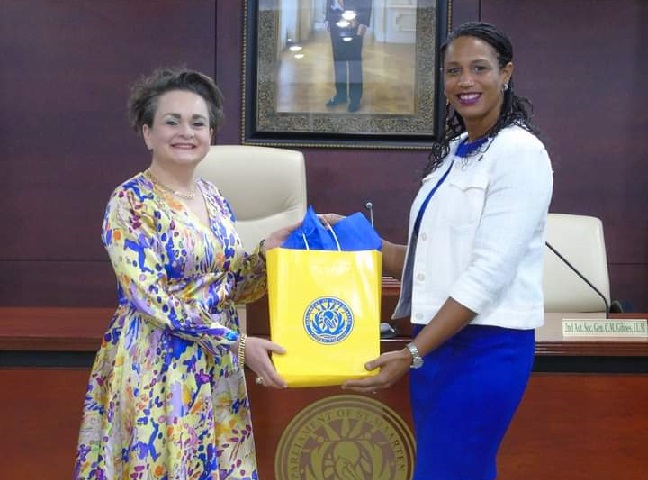 During the visit which took place on February 18, 2022, the State Secretary held a brief discussion with the President of Parliament and Faction Leaders of Parliament on issues such as, cooperation between Sint Maarten and the Netherlands, the state of affairs and follow-up on the Kingdom Law COHO and the coalition agreement Rutte IV with regards to the Kingdom.

Both parties then posed for a photo moment and the President of Parliament presented the State Secretary with a token of appreciation for her visit.