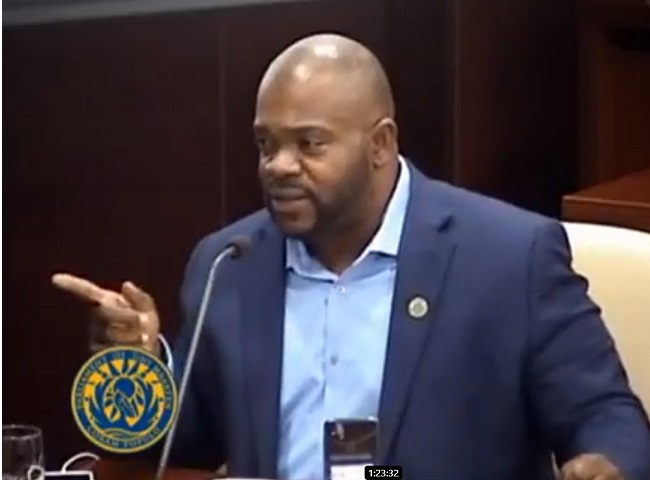 PHILIPSBURG, Sint Maarten — Independent Member of Parliament wants the Director of the NRPB Claret Connor, through the Prime Minister of St. Maarten, to provide a detailed outline/report to the public of St. Maarten of the 1,400 homes and buildings that State Secretary Alexandra van Huffelen said were repaired on St. Maarten.

The MP said it is inconceivable that the State Secretary would provide Dutch MP’s of the Second Chamber such information without the knowledge or information from the NRPB. In responding to questions from the Dutch Parliament last week Van Huffelen said: “The majority of the houses under the current project (Emergency Repair Project-1) have now been repaired. More than 1,400 houses and buildings have been repaired with Dutch resources.”

“Where in St. Maarten do we have 1,400 damaged homes and buildings that the NRPB has repaired almost 5 years after the passing of Hurricane Irma?” the MP asked. “Unless she is in the habit of lying to the Dutch Parliament, the State Secretary would not mention that number unless she got in from someplace. And that source would have to be the NRPB. It’s a ridiculous statement and it has to be addressed,” Emmanuel said.

He pointed out that more than 75% of the hurricane damaged homes and buildings on St. Maarten were repaired by insurance or hard labor by home owners with the help of neighbors. “Insurance and self-repairs happened long before a red cent from the Dutch arrived on St. Maarten,” he stressed.

Moreover, the MP further pointed out that the website of the NRPB states that minor repairs to 40 private homes is ongoing, with phase 2 of 100 to 120 private homes also ongoing. As for social homes, repairs to 109 have been completed and phase 2 will tackle 64.

“Mr. Connor of the NRPB has to finally stop the fancy stories around this home repair program that is moving at a snail’s pace, just like the repairs to the schools and the airport. Information from the NRPB is always inconsistent and unreliable because the story changes almost every day. Today it’s the State Secretary painting an untrue picture to the Dutch government about how their money was or is being spent,” the MP said.

He said if he is wrong, then it behooves Connor to issue a detailed report to the public about the 1,400 homes and buildings that the State Secretary said has been repaired under the emergency program.