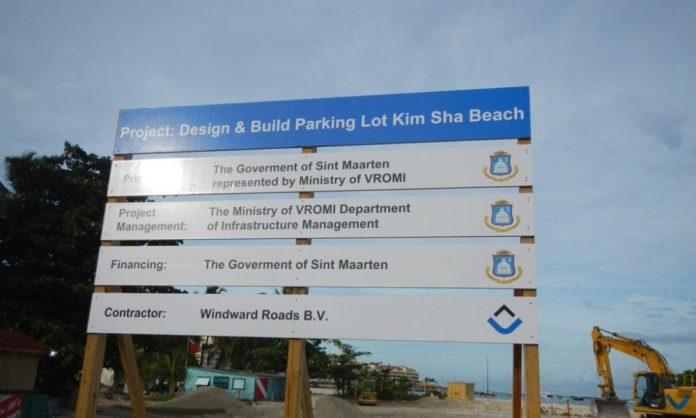 PHILIPSBURG, Sint Maarten — The vendors at Kimsha parking lot, otherwise known as “The Strip”, are frustrated that after almost two years they still do not have water and electricity meters and stressed that the neglect by government could result in a dangerous situation at the location.

They explained that In October 2020 they were summoned by Government to a meeting with representatives from TEATT, VSA and VROMI Ministries and the fire department. The purpose of the meeting was to address adherence to operational policies of each department. Following this meeting,
Inspections were arranged and carried out and all necessary adjustments were made by the vendors.

The vendors also welcomed the opportunity to dialogue with government with regards to the public rest rooms that is supposed to be cleaned and maintained by government, and stressed on their multiple requests to acquire their own individual water and electricity meters that they have been officially requesting since 2017.

It was agreed in the meeting held with government that once all safety requirements were met and inspection cards submitted to government, the issuance of water and electric meters to individual booth holders would be executed. The booth holders all made a substantial investment to meet the requirements of government and GEBE

“Almost two years since all inspection cards were submitted to the ministry of VROMI and GEBE we are still awaiting the completion of the process in order to issue the meters to the vendors,” they said.

“We don’t know if it is true, but we were told that GEBE has issued numerous requests to the Ministry of VROMI which have gone unanswered and there is nothing that GEBE can do to execute the issuance of the electric meters without receiving the submitted inspection cards from the ministry of VROMI. Meanwhile GEBE is still concerned with the overloaded circuitry being utilized by the vendors,” they added.

Complaints to GEBE by the vendors and property owner where the over worked meters is located have also gone unanswered by the ministry of VROMI. The vendors expressed concern over the neglect and wonders if government is waiting on something to go wrong or someone is hurt before the situation is addressed.