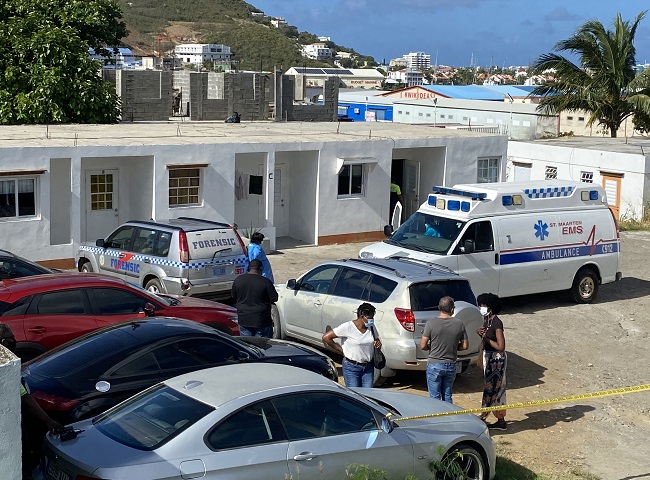 PHILIPSBURG, Sint Maarten — On Saturday morning around 8:00am, Police Central Dispatch received a call that a young man had been found dead in his apartment on Zozo-Moran Drive in Cole Bay.

Police and ambulance were directed to the location. At the scene, they discovered a man lying on the ground with no signs of life.

Preliminary investigation indicates that the victim had lost his life after having been fatally shot several times by unknown suspect(s).

The body of victim with initials H. G.d-J was confiscated pending further investigation.

Detectives request anyone with information about this incident to contact the Police Force on +1 721 542 2222 ext. 204 or 205 or the free anonymous tip line 9300. You can also visit www.policesxm.sx to report crimes anonymously via the tip contact form or you can leave a private message via Facebook page: Police Force of Sint Maarten – Korps Politie Sint Maarten.