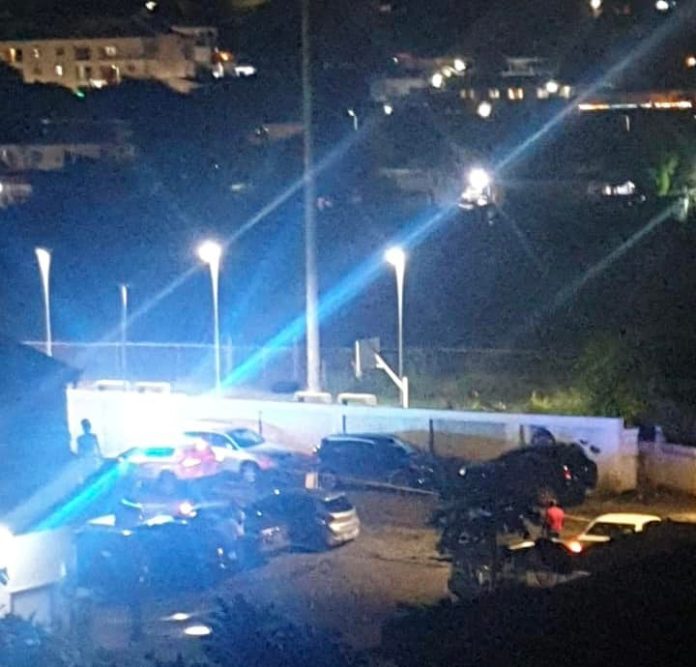 CUL DE SAC — A thirteen-year-old girl is dead after she was reportedly stabbed in the chest by an eighteen-year-old girl. The stabbing took place after 7:00pm today, January 1, on L.B. Scott Road in the vicinity of the John Cooper/Jose Lake Ballpark.
The suspect has been arrested by police.
Police received the call about the stabbing and at the scene the patrol and paramedic found the teenager bleeding and showing very little signs of life. She was quickly transported to St. Maarten Medical Center (SMMC), but she subsequently succumbed to her injury.
The circumstances that led to this fatal stabbing is under investigation. What is known is the two were part of a group of friends gathered together in the area where the stabbing occurred.
The Police Force of St. Maarten expresses condolences to the family of the deceased.