PHILIPSBURG, Sint Maarten — Companies should make qualifications, skills and experience the basis for their job recruitment, placement, training and advancement of their staff at all levels and not discriminate via race. So says leader of the United St. Maarten (US) party Pamela Gordon-Carty in reaction to a vacancy ad that circulated on social media on Monday seeking a waitress who “must be white.”

“The Pamela Policy was introduced mainly to try to eradicate this type of behavior on the labor market which is hidden yet existing on country St. Maarten. If black people are not good to work and feed their family then they are not good to buy your service either I would believe. Business owners have to stop with this nonsense before this get out of hand,” Gordon-Carty said.

The specific job vacancy post on Facebook has since been rectified. Nonetheless, Gordon-Carty said a job requirement that implies racial discrimination should not be taken lightly and should be dealt with immediately and not permitted it to live a life of its own so others think they can openly be posting these things on a country where its population is predominantly black descendants. “No ad should be stating color or preference of race, period. 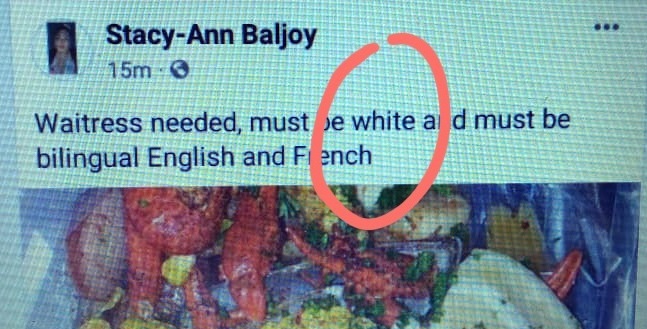 She continued: “Does this mean that black people can’t visit those particular premises? Or will blacks be treated with scorn in their own country. Then it will be written on doors that black people can’t enter or are not allowed. What’s next? It’s going to have a row for black a row for whites in establishments? Good food for whites and left overs for black? No well-paying jobs for blacks but only for whites? Better education for whites and lesser education blacks? Absolutely unacceptable” 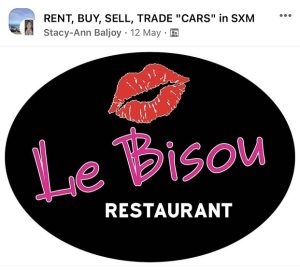 She pointed out that the definition of discrimination according to the ILO (International Labour Organization) is “when a person is treated less favorably than others because of characteristics that are not related to the person’s competencies or the inherent requirements of the job.”

“Needless to say that all workers and job seekers have the right to be treated equally, regardless of any attributes other than their ability to do the job. Discrimination before hiring, on the job or upon leaving is against the international law which country Sint Maarten falls under,” Gordon-Carty said, adding that there are numerous international labor standards addressing discrimination including: The 1998 ILO Declaration on Fundamental Principles and Rights at Work , the Discrimination (in Employment and Occupation) Convention, 1958 (No. 111) and the Equal Remuneration Convention, 1951 (No. 100) .

“We already have a hidden sense of unfair treatment going on different other areas like application for certain managerial positions or in certain districts who can or can’t live in there. Slavery is something from the past and will remain there, in the past! Business owners be reminded that you are running business on country Sint Maarten and the entire Dutch Kingdom, Sint Maarten and including those conducting business hereon falls under the international law that condemns racial discrimination in all forms. No precedent will be set here with this post for others to follow. The population already is being victimized by the system when it comes to labor laws and now this! A total disrespect towards the people of St Maarten and its laws,” Gordon-Carty concluded. 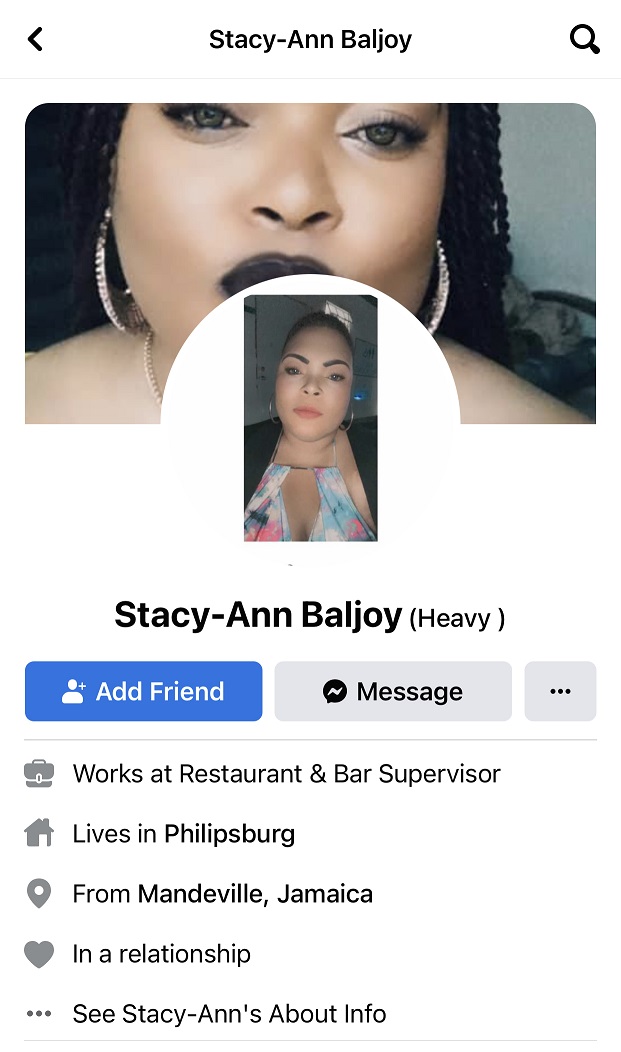